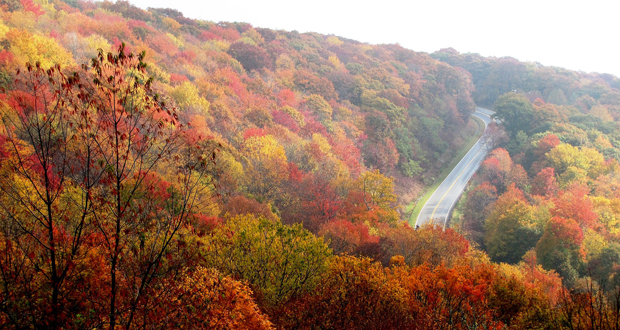 ORLANDO, Fla.–AAA projects 50.9 million people in the United States will journey 50 miles or more away from home this Thanksgiving, a 3.3 percent increase over last year. The 2017 holiday weekend will see the highest Thanksgiving travel volume since 2005 with 1.6 million more people taking to the nation’s roads, skies, rails, and waterways compared with last year. AAA and INRIX, a global transportation analytics company, predict travel times in the most congested cities in the U.S. during the holiday week could be as much as three times longer than the optimal trip.

“Thanksgiving kicks off the start of a busy holiday season, and more thankful Americans will travel to spend time with friends and family this year,” said Bill Sutherland, AAA senior vice president, Travel and Publishing. “A strong economy and labor market are generating rising incomes and higher consumer confidence, fueling a strong year for the travel industry, which will continue into the holiday season.”

During the defined travel period of Wednesday, Nov. 22 to Sunday, Nov. 26., about 45.5 million people (89 percent of all travelers this Thanksgiving holiday) plan to drive to their destination, an increase of 3.2 percent over last year. Driving remains popular despite the fact that gas is expected to reach the highest Thanksgiving prices since 2014. Meanwhile, the average airfare cost is the cheapest it has been since 2013 and, as a result, the largest growth in holiday travel is by air, with 3.95 million travelers taking to the skies. Travel by trains and other mode like buses and cruises is expected to increase 1.1 percent.

Below are the top 10 Thanksgiving destinations for 2017.

Brands LODGING Staff - November 24, 2020
Accor and Ennismore are entering exclusive negotiations to form the world’s leading lifestyle operator in the hospitality sector, focusing on one of the fastest-growing...