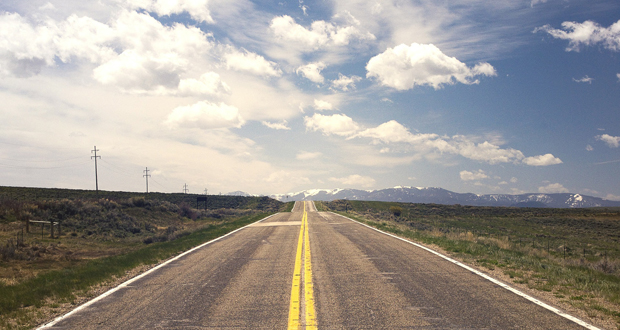 Interstate properties—one of six location segments defined by STR—encompass hotels that are “in close proximity to major highways, motorways, or other major roads” and where the primary source of business is travelers passing through the area. As of July, these interstate hotels made up roughly 14 percent of all the properties in the country, as well as 10 percent of the total U.S. room supply. 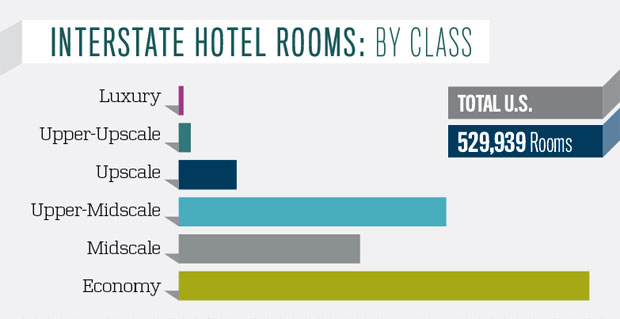 The average interstate hotel has approximately 68 rooms, 26 fewer than the average U.S. property. However, hotel size also depends on the market; for example, small metro/town hotels are the smallest, averaging almost 60 rooms per hotel, whereas urban hotels are the largest, averaging nearly 157 rooms. Additionally, the majority of interstate hotels fall in the economy segment. 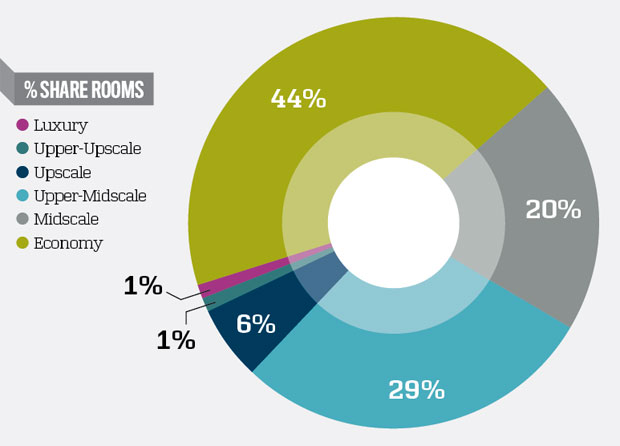 Interstate hotel performance trends vary greatly depending upon the time of year. Looking at a 12-month moving average since January 2016, RevPAR growth has seen considerable changes, shifting from 3.2 percent growth down to 0.5 percent and back up to 2.3 percent. Revenue, occupancy, and demand percent changes follow the same pattern.

As seen in the graph below, the only metrics that have remained “flat” are average daily rate (ADR) and supply, while the other key performance indicators (KPI) saw slowing and then rebounding growth. Supply has increased at a pace of 1.4 percent for the past 19 months, whereas ADR growth has steadily declined, from 3 percent to 1.9 percent. That means that the absolute ADR has risen in that same span from $81.40 to $83.99. It is worth noting that after each downturn, the subsequent KPI growth rebound peaked at a lower level than the previous one. In mid-2016, demand declined, which led to occupancy decline. 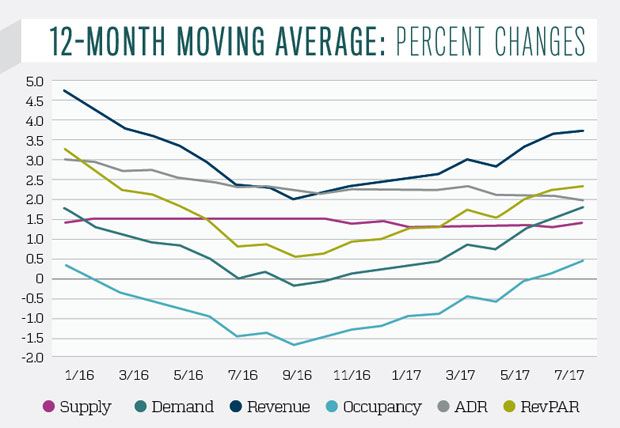 While KPI growth does appear to be slowing at interstate hotels, it does not appear to be disappearing anytime soon. Year-to-date data for July shows an increase in percent change compared to the 12-month moving average of most KPIs. ADR is the only metric growing at a slower rate. Compared to the U.S. average for all hotels, interstate performance is just slightly worse on a year-to-date basis. In the future, we expect that the healthy demand growth that has propelled U.S. KPIs forward in 2017 will continue into the next year. Interstate hotels should benefit from solid room demand growth, but increases in ADR will likely be modest.

About the Author
Jan D. Freitag is senior vice president at STR. Jonathan Mellinger served as an operations analyst at STR.