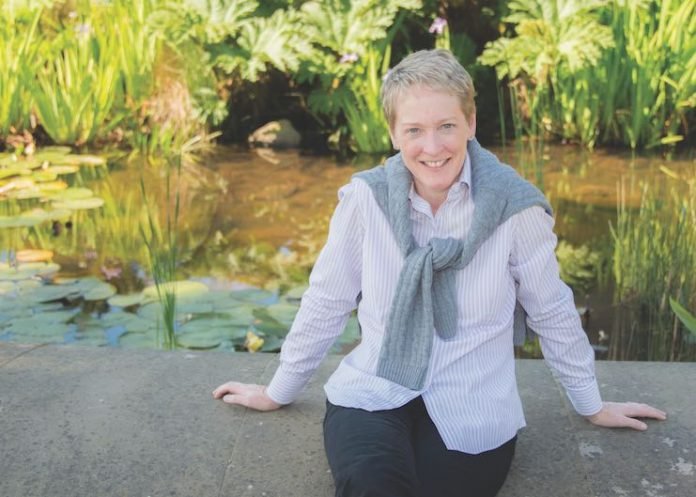 During her interview for this piece, Alexandra Walterspiel couldn’t help but regale LODGING with hotel anecdotes while reflecting on her successful global hospitality career.

She had so many to share, and each was intrinsically tied to some of her biggest professional accomplishments. Walterspiel, a native German, refers to herself as a “third-generation hotel brat,” and she has seen it all. This depth of experience and profound understanding of hospitality led Walterspiel to her most recent endeavor, founding management company IMPRINT Hospitality in 2015.

Now CEO of IMPRINT, Walterspiel is focused on expanding the company’s portfolio and applying her years of industry knowledge to their operations. Much of that knowledge comes from the years Walterspiel worked with other hospitality companies. She was with Ritz-Carlton for 13 years, traveling from Sydney, Australia, to the United States to work at a property in Naples, Fla., and next the brand’s then-headquarters in Atlanta. She also had the novel experience of being the first female executive assistant manager of a luxury hotel in Hong Kong, where she was handling preopening preparations. “People I talked to would be shocked that there was a woman in my position,” she recalls.

As Walterspiel encountered more and more opportunities, she says, three in particular fueled her desire to grow: (1) assuming the position of director of business development for the Ritz-Carlton Club; (2) reaching her goal of becoming general manager of what is now the Clift Royal Sonesta Hotel in San Francisco; and (3) kick-starting the premier and lifestyle division of Sage Hospitality in 2007.

Sage, she specifies, was where she grew her skillset and unknowingly prepared herself to start IMPRINT. “We started the division with 2 properties, and when I left, the portfolio had 15. Sage today continues to develop more properties in that division. I’m very proud of what I was able to accomplish there,” she says.

In 2013, Walterspiel decided to take a year off to spend some quality time with her family and learn what it meant “to just be” versus “to do.” She says, “I had been on this accelerated career path ever since I was born. I’d never taken a moment to just pause, reassess, and make sure I was going in the right direction,” she explains. “People thought I was crazy just walking away from my career, but in hindsight, it was the scariest, yet best, decision I ever made.”

After spending her “year of intentional living” with her family, Walterspiel began thinking about her reentry into hospitality. She wasn’t sure if she wanted to get back into the corporate world working for another company, or start a business. According to Walterspiel, before they launched the company, she and IMPRINT’s founding team spent more than a year discussing the cultural foundation, attributes and values, purpose statements, and other aspects they felt were of greatest importance. “For us, everything starts with culture, and if the culture isn’t clearly articulated, the key piece is missing.”

IMPRINT’s launch wasn’t the smoothest experience of Walterspiel’s career. “We didn’t realize that while we all had connections in the industry and everyone knew the quality work we had done, it’s different when you’re operating under your own banner. No one wants to be the first.” she notes. Growing the business, she says, came through persistence and diligence. “We did massive networking through phone calls and emails, sending follow- ups to people who had been a part of our pasts,” Walterspiel recalls. “We also worked as consultants, establishing relationships with owners and developers that presented opportunities to transition into bigger engagements, and ultimately, management contracts.”

The IMPRINT portfolio currently manages six properties, and supports two more properties as asset managers. Getting to this point, however, wasn’t easy. Walterspiel explains, “The year 2017 was a challenge. As a company, we made a decision to put all of our eggs in one basket and pursue one property that represented a huge opportunity for us. We knew that there wasn’t a guarantee that we were going to get the contract, and as it turns out, we didn’t.”

Walterspiel adds, though, that failure turned into IMPRINT’s biggest success. “Our tenacity, our persistence, our continued belief that we were going to be successful, and our ability to adjust our growth focus to smaller properties before eventually going after bigger ones is what I’m proudest of. We were able to pivot and make it through that challenge.”

Walterspiel sees the industry as a whole embracing disruption in the years to come, if they haven’t already. “I don’t have a crystal ball and don’t know what the next disruptor is going to be, but there will be one. Without question, however, hotels aren’t going away. They’re going to evolve and develop. There will be more automated transactions between hotel and guest, but in my opinion, the core essence of hospitality is to make people feel good in the spaces we create for them, and that comes with the human touch. As long as we understand the right level of human touch and the right definition of service, hotels will continue to be very successful.”

And for hoteliers looking to start their own business, Walterspiel offers some advice: “Be patient, believe in yourself, and understand very clearly what your differentiators are. Learn to balance patience and persistence and don’t give up. Most difficult for me was accepting that the ultimate goal would not be reached easily and that everything takes longer than expected.”

AHLA LODGING Staff - September 17, 2021
WASHINGTON—The hotel industry is projected to end 2021 down more than $59 billion in business travel revenue compared to 2019, according to a new...

Finance LODGING Staff - September 17, 2021
HENDERSONVILLE, Tennessee, and MILWAUKEE—The Baird/STR Hotel Stock Index dipped 3.4 percent in August to a level of 4,911. Year to date through the first...