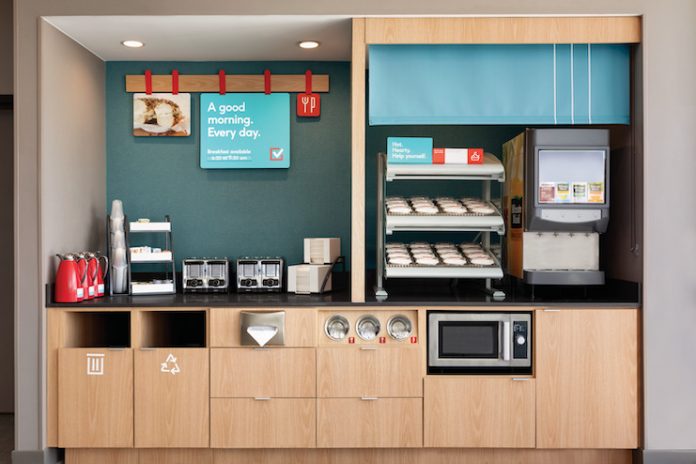 ATLANTA—IHG’s avid hotels brand is continuing its momentum with nearly 50 projects approved for planning or currently under construction and more than 180 avid hotels set to open in the coming years. This week, the second and third avid properties officially opened: the avid hotel Oklahoma City Airport and the avid hotel Tulsa South-Medical District. The first avid hotel opened last year in Quail Springs, outside of Oklahoma City.

“In partnership with Champion Hotels and Hi-Tech Hospitality, we are excited to grow from one to three avid hotels properties now open,” said Jennifer Gribble, vice president, avid hotels, IHG. “The impressive construction timeline is a compelling proof point of owner belief in the brand and strong consumer demand for a hotel stay that is laser-focused on the amenities and experiences that are most important, like a great night’s sleep, cleanliness, and a fresh cup of coffee with a balanced breakfast offering.”

The brand focuses on travel essentials and a high-quality guest experience through modern design, eye-catching colors, natural light, and a room designed for rest. Now, avid is also enhancing its “Good all round” breakfast, adding a breakfast sandwich and an egg scramble bowl to be served on rotation daily at all avid hotels locations.

Nine additional avid properties are slated to open before the end of 2018 in Lancaster, Pa.; Beaumont, Texas; Grovetown, Ga.; Perry, Ga.; Monona, Wis.; Orlando, Fla.; Midland, Texas; Portland, Texas; and Yukon, Okla. The brand also has plans to grow internationally, with the first signing in Germany announced earlier in 2019, as well as multiple properties under development in Mexico and Canada.

The avid hotel Oklahoma City Airport property is owned and operated by Champion Hotels, a privately-owned hotel operator in the United States. The hotel is located four miles from Will Rogers World Airport and 15 minutes from Downtown Oklahoma City.

The avid hotel Tulsa South-Medical District, operated by Hi-Tech Hospitality, is owned in a partnership between Champion Hotels and Hi-Tech Hospitality. The hotel is near the Cancer Treatment Center, Saint Francis Heart Hospital, and Hillcrest Hospital South.