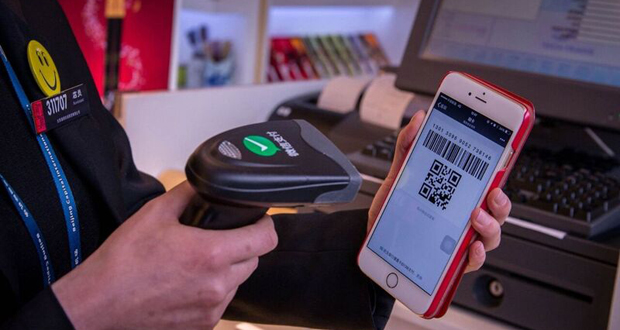 The Chinese digital payment economy is massive—and growing. The leading digital payment services, Alibaba’s Alipay and Tencent’s WeChat Pay, processed a combined $2.9 trillion in 2016, according to reports from the UN-based Better Than Cash Alliance—a 20-fold increase in just four years. At the same time, Chinese outbound travel is on the rise. Chinese travelers are projected to take 150 million trips this year alone and, over the next five years, that number could jump to 700 million trips. A Pacific Asia Travel Association report predicts that by 2020, aside from Mexico and Canada, most international tourists to the U.S. will be coming from China.

Hotel companies are catching onto this trend by partnering with Chinese digital wallet companies to reach millions of travelers and capture a greater share of the growing Chinese outbound travel market. Marriott and Alibaba launched a joint venture in August to integrate planning, booking, paying, and managing trips for Chinese travelers as well as foster more loyalty for the Marriott brand. Marriott is also planning to expand Alipay digital wallet for payments at the hotel beyond select Asia-Pacific properties—starting with key U.S. and European markets.

August also marked the start of Caesars Entertainment’s launch of its digital pay pilot program at in-house food and beverage outlets, shows, and entertainment venues in Las Vegas. To make a purchase, guests at these outlets need only to present their devices with a WeChat or, in the future, Alipay QR code for the Caesars employee to scan. The hospitality company is the first in Las Vegas to offer this capability.

Nearly a year ago, Caesars became the first in the U.S. to add WeChat booking and online payment. Bruce Bommarito, Caesars’ vice president of international marketing, notes that hotel rooms are only part of this market’s spend. The company, which has corporate relationships with both Alibaba and Tencent, is testing digital pay as a move to capture more on-site spending from Chinese travelers. “China is now the number one spending market in America among all travelers,” Bommarito explains. “They have passed Canada, Mexico, and the United Kingdom. They passed Germany and France a long time ago. It’s a market we focus on very strongly.”

Caesars began piloting WeChat Pay at 16 outlets in Caesars Palace, Las Vegas. The company plans to expand further to its nine properties in Las Vegas and, eventually, to other resorts around the U.S. Bommarito says that while there have always been barriers to cross-border payments, the process to establish digital pay was aided by working with an established and influential company like Tencent—one of the top ten most highly valued companies in the world. (As of Q2 2017, Tencent and Alibaba became the ninth and eighth most valued companies in the world respectively, surpassing JP Morgan Chase, Wells Fargo, and ExxonMobile).

For a massive company like Caesars, rolling out digital pay is no small task. Bommarito says that the company is aiming to complete the rollout next year. In Las Vegas alone, the number of outlets with points of sales that will be impacted is around 1,700. Another aspect of the pilot program and rollout is training, which involves both distributing information and instruction for cashiers on how to scan customers’ devices for the digital wallet code, as well as cultural training.

As more Chinese travelers take trips to the U.S., Bommarito says that the digital pay rollout will increase Caesars share of the market. “It will also increase the size of the Chinese spend because it’ll be easier for travelers to have access to more funding,” he explains. “We’re hoping it expands travelers’ wallets as well as increases our share of the market.”

While Chinese travelers are the vast majority of WeChat users, the platform continues to grow rapidly in Southeast Asia and around the world. “The U.S. is heavily invested in credit cards, and although Google Pay and Apple Pay are out there, they’re really not a major part of our life,” Bommarito explains. “China went pretty much from a cash society to a limited debit/credit society, and now that their digital payments are so alive and well, they lead the world in digital payments. Digital payments are coming here and coming everywhere eventually.”