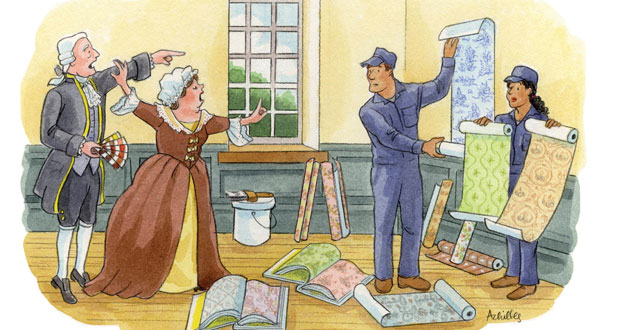 A schoolhouse in Pennsylvania, a general store in South Carolina, and a former mental asylum in New York: Three buildings that have seemingly nothing in common, but recently all achieved the same destiny—becoming a hotel.

As historic and boutique hotels increase in popularity among travelers seeking an authentic and fresh stay experience, hoteliers must find ways to keep up with the demand. This is especially true when converting a historical building into a hotel property. In this case, historic tax credits can be a valuable asset for hoteliers who are interested in pursuing an adaptive reuse project. These types of properties have become especially popular with baby boomers, as they have more expendable income and are shifting from spending money on family essentials to luxury items, including travel, according to Pete Monahan, owner of the Federal Pointe Inn in historic Gettysburg, Pa.

However, turning a dilapidated old building into a brand new hotel takes a lot of hard work, the right resources, and the proper vision.

For Monahan, it had always been a goal of his to operate a property like the Federal Pointe Inn. After owning a Quality Inn in Gettysburg for 17 years, he decided it was time to pursue his goal of opening an historic property. “You get to give your personality to the property, and that’s what I always wanted,” he explains. What once served as a schoolhouse is now a charming boutique hotel that’s part of Choice’s Ascend Collection.

Gary Raines, owner of the Hotel Florence in Florence, S.C., says working on historic adaptive reuse properties also comes with a sense of satisfaction gleaned from saving something special that might have otherwise been destroyed. The hotel, which is also an Ascend Collection member, previously housed a general store. “In the case of our hotel, we took something that was completely dilapidated and set aside for demolition and we were able to give it a life again,” he describes. “And for our community, it really was just a win-win to be able to go in and preserve something that allows guests to come in and experience what Florence has to offer.”

Adaptive reuse projects allow for a closer connection to history and are often a boon for the local community, but that does not mean taking on a project of this size is without its challenges. One of the largest hurdles an adaptive reuse project faces is funding due to the fact that restoring a historic building to its former glory can be a costly undertaking.

Fortunately, there are options. Historic tax credits, which are a one-to-one income tax credit available up to 20 percent of a project’s total cost, are available to properties that meet certain state and federal requirements. They also come with conditions. The application and approval process for these credits is extensive and varies at the state level, and certain parts of a building, such as hardwood floors or original molding, may need to be restored rather than replaced.

“Using historic tax credits can be complicated, there are strict requirements to how you can alter a building,” says Barry Alberts, managing partner of City Visions Associates. Alberts is currently working to transform the former Buffalo State Asylum into a boutique hotel. “These types of projects require more creativity, especially since renovating historic buildings is more expensive than tearing the structure down and building something completely new,” he says. “Using historic tax credits helps to offset the costs that are so essential to historic restoration projects.”

In the Hotel Florence, the use of tax credits enabled the building’s original windows and hardwood floors to be restored, while the Federal Pointe Inn used its tax credits to offset its first-year profit. The Buffalo State Asylum project has used its credits to offset efficiency costs, and renovate the 7-by-10-foot patient rooms and 17-foot wide hallways of the asylum into 180 hotel rooms.

Each adaptive reuse project also comes with its own individual obstacles, making it key to assemble the correct team of architects and historical consultants for each project. “Make sure that the people who are making the decision are involved in the planning process,” Raines advises. “It’s very easy to get architects or contracts or whoever who say we can do this, or we can do that, because they’ve worked on similar projects in the past, but they don’t understand the unique requirements of your project.”

The success of these projects almost always speaks for itself. The Federal Pointe Inn is the top-rated historic hotel in the area, and the Hotel Florence has been a catalyst for the development of the city’s historic district. All of this bodes well for the project in Buffalo, which is set to open in 2017.