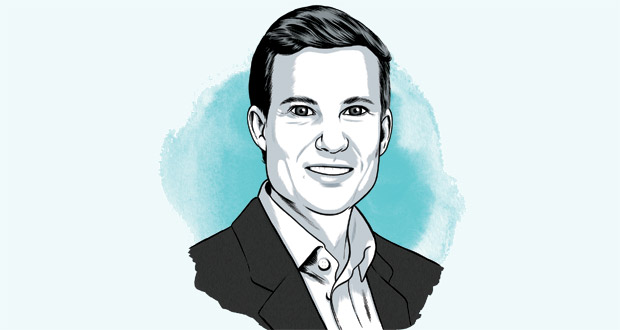 As a recent college grad in the early ’90s, OLS Hotels & Resorts CEO Ben Rafter did a brief stint in hospitality far from the sunny front desk and the hustle and bustle of direct customer service and the people who deliver it. “I was working as an analyst in the distribution department of Westin Hotels & Resorts’ corporate headquarters in Seattle, loading tapes into a giant computer the size of a truck,” he recalls. He then went on to build a successful career in the tech industry, never expecting to return to hospitality. Yet, as he told LODGING, between a chance meeting with a hotel executive in Nepal and the growing need for his expertise in data mining, he took the plunge back into an industry he has found fascinating for many reasons—some of which are rarely cited by his more outgoing colleagues.

How did you get back into the hotel industry?
This unique path began at 18,000 feet in Nepal. That’s where I met Michael V. Paulin, CEO of the Hawaiian hotel company Aqua, while I was “locked out” from starting a new technology company after selling my own startup. While hiking with Mike, I told him I thought the hospitality industry needed to focus more on data and analytics. This led to two weeks of discussions while still trekking in Nepal, during which we mapped out a plan to grow his company. Back in the United States a month later, we began working together to grow Aqua. Before we ultimately sold the company to Interval Leisure Group, I held the dual roles of President & CEO of Aqua Hospitality and President of Aston Hotels & Resorts, responsible for 56 properties and almost 11,000 rooms.

How have you transformed OLS from a hospitality company into what you call “a technology and analytics company that just happens to know a lot about hotels”?
The important thing to remember is that, at the end of the day, we have to be great at operating hotels. From there, it’s a combination of changing the mentality of the company and bringing on team members who look at the analytical side. In effect, it’s about recreating that marriage of traditional operations with analytics and technology. I really like bringing on people who look at data in different ways. The industry moves so quickly now, we need to be looking three steps down the road, because that’s where you’ll be by the time anything is implemented. We focus a lot more on e-commerce and content, of course. Everyone says this, but who actually gets results?

What does it take to match up hotels and guests—i.e., “putting the right heads in the right beds”?
Some of it is self-selection, but we also have to know what we are selling. Every guest wants something different and we try to guide guests to the right choice for them. For example, we have four hotels in West Hollywood, all of which offer different experiences. So, matching guest and property is part profile, part marketing, part analytics. At the broader level, the experience will be better if the right person is in the right hotel.

What is your approach to adding boutique hotels to the OLS portfolio?
It’s part art and part science. With the amount of content available today, we look for hotels that have character and can be programmed for an underlying experience. When we renovate the hotels, we try to deliver on that experience. We also try to integrate with and show the character of the neighborhoods they’re in. For example, we are reprogramming our 72-room Hotel Renew in Waikiki to get it back to its roots as Hawaii’s original boutique hotel. In West Hollywood, we are working with an owner to renovate two hotels—The Chamberlain and Montrose West Hollywood—both of which have very strong ties to West Hollywood’s unique character.

What do you like most about the hospitality industry?
It’s a fun industry—especially compared to sitting in a dark basement room coding. Of course, I love the people—seeing the pride employees take in their work and being part of the guest experience. But, as someone who thinks in very binary terms, I admit that I especially love that it’s such a data gold mine.