Home People Careers Alma Seidel of Real Hospitality Group on Hiring and Retaining Those with... 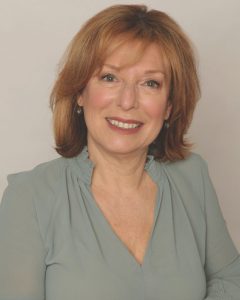 As vice president of human resources at Real Hospitality Group in Ocean City, Md., Alma Seidel is responsible for the successful administration of the organization’s human resources function. This, she told LODGING, is most of all about identifying and developing associates with the desire and will to emulate the spirit of hospitality, that is, “to be ambassadors and guest service agents in every position, from housekeeping to CEO.”

Seidel says before entering the world of hospitality, her mantra ‘HR is HR’ was based on her education and 27 years of filling varied and progressively more responsible HR roles for a large international company, where she got her start in human resources—then called personnel and organization (P&O)—fresh out of community college. As the company, called Mars Electronics International, then a division of M&M Mars, grew, she grew, too, rising from that first “hair-on-fire” secretarial position to others, including helping executives make the transition from having a secretary to having a computer (and no secretary) over a period of more than four years and managing a staff of 300 manufacturing associates. By the time she left Mars, she was national customer service manager for all of the Americas and had acquired two bachelors and a masters degree. As for the leap into hospitality, Seidel had an inside track: Her husband, Ben, now the president of Real Hospitality, had been in the industry since they met in 1980. Through him, Seidel appreciated the appeal of the industry and its overlap with her experience in HR and customer service. “I could tell that it was a world that was full of energy and surprises and it was about pleasing customers and guests and making sure everyone was happy,” she says.

“I believe if you provide the basics, people don’t have to worry about what they don’t have, so they can focus on what they can do at the hotel to make the guest experience great.”

Even so, when Ben decided to start his own hotel management company in Ocean City, he initially rebuffed his wife’s offer of help, saying she didn’t know his industry. “I don’t have to know hotels. I have a huge HR background, something you might need to succeed,” was her indignant retort. While it turned out that he did need her help, Seidel learned that HR was not always HR, that there were some unique aspects to HR in hospitality compared to the corporate environment she was used to. “As I said, I liked a fast-paced ‘hair-on-fire’ environment, but in hospitality, it was even more intense, with turnover, all the different brands and owners, and how important it is to match a person with both the job requirement and the ‘personality’ of the brand. I had to learn all of that,” she explains. She also learned to look beyond job qualifications as such to find those candidates uniquely suited to the industry—people with what hospitality hiring managers call “the juice.” Seidel says it is largely the people with “the juice” who have helped power the company through these dark days of the pandemic, a time, she says, has them all “figuring out how to do more with less.” Her own staff of nine has been reduced to three, all retrained to do whatever it takes “to keep the hotel in guest order.” This, she says, means everyone understands and follows COVID protocols, makes an effort to stay calm and kind amidst the challenges of the day, and has an open mind about being cross-trained. “These are things we consider, not just at initial hiring, but in figuring who to bring back or lay off,” she explains.

Seidel says the company, which is now in its 10th year, has always made an effort to support the employees they depend on—both part-time and fulltime—with the best benefits they can afford, never a given in the industry even before the pandemic. “I believe if you provide the basics, people don’t have to worry about what they don’t have, so they can focus on what they can do at the hotel to make the guest experience great.” This, she says, was as true 10 years ago, when the staff was too small to qualify for a large-group plan, as when it had 3,000 associates and could offer its diverse workforce numerous options. Now, as the pandemic has pared down staff from its pre-pandemic high, she says, the company has gone from a self-funded plan to traditional insurance, and offers employees who work fewer than 30 hours a week access to Teladoc, which provides 24/7 access to U.S.-licensed doctors who can diagnose, treat, and prescribe medication for non-emergencies following a video or telephone consultation. “We can’t give them a plan that lets them go anywhere they want, but this option lets them call a doctor who can diagnose them and prescribe the medicine they need for just six dollars a month.” Seidel says providing a superior benefits package is just one way the company demonstrates its appreciation and commitment to its employees and continues to motivate those with “the juice” to face down the current challenge and prepare for better days ahead. “It’s important to us that our company remains one that attracts people based not just on the fun and energy of the hospitality industry, but also our own special company culture and benefits.”

Alma Seidel observes that the greatest challenge hospitality human resource professionals like herself face is finding candidates with what they call “the juice.” This quality, one she considers essential to thriving in the industry, goes beyond an attraction to hospitality to having a genuine desire to do the actual work. “This may mean being hired as a housekeeper, but really being intrinsically much more—an ambassador, a guest service agent, someone who cares that a bed is made properly and that everything is clean and in place. You have to be a proactive team player with the desire to help.” A shortcut to identifying people—including potential owners—with “the juice,” says Seidel, is probing to find out just how accessible they are willing to be. “If this is the industry that you want to be in, then you have to walk the talk described. And what that means for owners is that because your hotel is open 24/7, we need to be accessible 24/7. When you do that, your relationships flourish and people want to work with and for you.”

Four Areas of Focus for Attracting and Retaining Talent