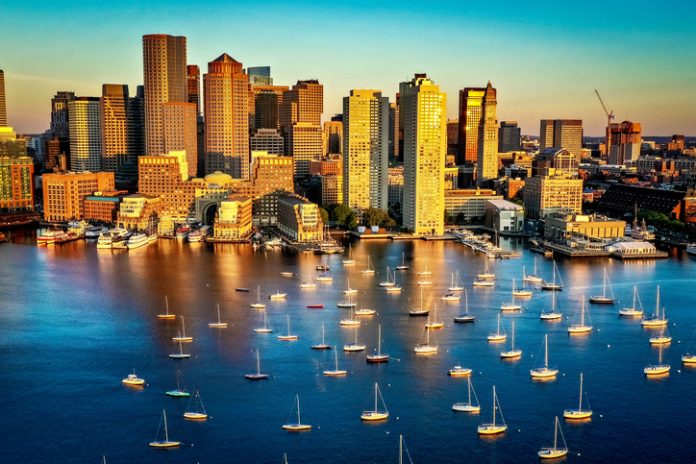 TORONTO—Accor announced a range of openings, renovations, and milestone celebrations at properties across North and Central America. After a year of signings and new development in 2021, Accor is introducing two brands into the North American market with the opening of Sofitel Legend Casco Viejo Panama and Raffles Boston Back Bay Hotel & Residences; and renovations including Fairmont Banff Springs and Fairmont Chateau Whistler. This year will also see milestone anniversaries at Fairmont Jasper Park Lodge and Fairmont Copley Plaza, as well as new culinary offerings, experiences, and entertainment.

Sofitel Legend Casco Viejo Panama—Accor’s heritage brand is coming to North and Central America. Sofitel Legend Casco Viejo Panama will make its debut this year on a waterfront enclave that was once the site of the former Union Club of Panama in the Casco Viejo district, a designated UNESCO World Heritage Site. The hotel will stand apart with its history, heritage, and celebration of Panamanian culture, and will bring French savoir-faire. The hotel includes 159 guestrooms and suites, the majority with ocean views; five food and beverage venues, including a rooftop bar and lounge; a pool; butler service; as well as a full-service SoSPA and SoFit exercise studio.

Raffles Boston Back Bay Hotel & Residences—Joining Raffles Hotels & Resorts’ collection of 16 properties, Raffles Hotel Boston Back Bay Hotel & Residences will bring 147 guestrooms and 146 branded residences. Opening in late 2022, the project will be the brand’s first mixed-use property in North America. Hotel highlights include a mix of services such as the Raffles Butler, and public spaces including a two-story sky lobby, five food and beverage venues, a Raffles Spa with an indoor pool, a rooftop garden terrace and lounge, and meeting and pre-function space.

Fairmont Banff Springs—Set in Banff National Park, the resort is embarking on a renovation of its suites and guestrooms. The first phase, currently underway and scheduled to be completed in the summer of 2022, includes the Royal Suite, Fairmont Gold rooms, select one- and two-bedroom suites, and terrace suites while the main building, including the conference center and guestrooms, is slated for completion in spring 2023.

Fairmont Kea Lani—Fairmont Kea Lani is undergoing a transformation of all of its suites and villas, as well as its entrance and lobby. Each of the 413 one-bedroom suites and 37 two-story villas will be renovated. The renovation will also bring a new cultural center designed as a space sharing the mo’olelo (story) of the ahupua’a, Wailea, and Maui, Hawai’i, through activities, displays, and more. The resort will welcome a new food and beverage venue. The transformation will be complete in the first half of 2023.

Fairmont Jasper Park Lodge—Located on the shore of Lac Beauvert in Jasper National Park, the 700-acre resort is continuing its upgrades with a landscaping project along the Bayview Cabins. Once complete in June 2022, this area will be renovated and will transform guests’ lakefront experience with pathways, patios, signage, and more.

The George at Fairmont Olympic Seattle—The George restaurant makes its debut in April with a new look by Spanish design studio Lázaro Rosa-Violán (LRV) that honors the dining room’s history.

HIX-Lounge and Bar at Fairmont Mayakoba—A newly renovated lobby with a terrace gives patrons at HIX a view of the forest, water canals, and wildlife of Mayakoba. The name HIX is a nod to the Mayan word for jaguar, and sculptures of them can be seen in the center of the space.

Tauro Steakhouse at Fairmont Mayakoba—Drawing inspiration from the mythology of the animal, the recently opened Tauro combines Mexican ingredients with steakhouse techniques and recipes.

Fairmont The Queen Elizabeth—Introducing Celeste, a new cabaret show conceived and produced by Cirque Éloize, which has been showing at the hotel since February 17.

The Plaza-A Fairmont Managed Hotel—With the fourth season of Marvelous Mrs. Maisel set to premiere, The Plaza has partnered with the show and Amazon Prime Video to offer guests an opportunity to have a Maisel-inspired afternoon tea menu in a suite modeled after Midge’s ornate 1950’s Upper East Side apartment.

Fairmont Jasper Park Lodge—In June 2022, the lodge will be celebrating its 100th anniversary since the Canadian National Railway opened its official hotel doors to the public.