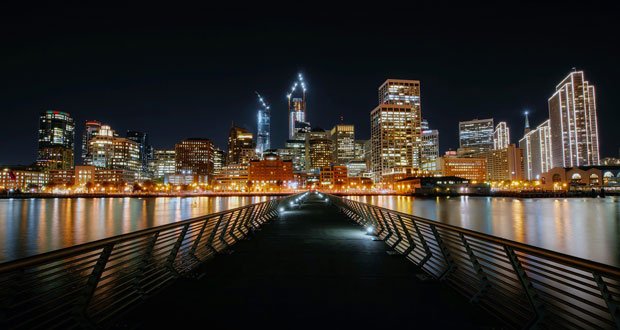 Full-service hotels in the United States recorded a 5.3 percent increase in GOPPAR in November 2017 despite an uplift of operating and labor costs, according to the latest HotStats poll. The year-over-year increase in RevPAR at U.S. hotels held steady with growth recorded in both room occupancy, which rose 1.3 percentage points to 74.8 percent, as well as achieved average room rate, which rose 1.7 percent to $201.52.

In addition to the 3.5 percent increase in room revenue, increases in non-room revenues like food and beverage (up 3.7 percent) and conference and banqueting (up 4 percent) contributed to the 4.1 percent year-over-year increase in TrevPAR to $246.81. Although the year-over-year growth painted a positive picture of performance, TrevPAR levels were approximately $36 behind the performance in October and 2.3 percent behind the year-to-date performance for U.S. hotels.

Payroll levels continued their upward trajectory in November, recording a 1.8 percentage point year-over-year increase to 35.8 percent of total revenue. However, hotels’ comfortable top line growth outweighed the increase, enabling U.S. hotels to record a profit per room increase of 5.3 percent to $87.68—equivalent to a profit conversion of 35.5 percent.

Hotels also grew profits despite a 2.3 percent year-over-year increase in overhead costs, including sales and marketing (up 3.7 percent) and utilities (up 8.3 percent ), on a per available room basis.

“November is always a challenging month of trading for hotels in the United States due to the timing of Thanksgiving and many people taking vacation time to spend with family around this period. Despite this, hotels in the United States have managed to maintain their upward trajectory to good effect this month. With a steady increase in top and bottom line performance so far in 2017, hotels in the U.S. are on target for a third consecutive year of profit growth,” said Pablo Alonso, CEO of HotStats.

One of the standout performances of November included San Francisco hotels, which recorded a 20.4 percent year-over-year increase in GOPPAR to $96.41, primarily as a result of accommodation demand generated by the 2017 Dreamforce conference.

While hotels in San Francisco suffered a 3.4 percentage point drop in room occupancy in November to 80.1 percent, a 14.4 percent increase in achieved average room rate to $270.59 helped drive a 9.8 percent increase in RevPAR to $216.33. San Francisco hotels achieved rate growth across most segments in November, with the greatest margin of increase recorded in the Best Available Rate (up 24.7 percent), Residential Conference (up 20.4 percent) and Leisure (up 11.4 percent) segments.

In addition to RevPAR growth, San Francisco hotels recorded increases in food and beverage (up 5.9 percent) and conference and banqueting (up 5.3 percent) revenues on a per available room basis, which helped fuel the 8.2 percent increase in TrevPAR to $299.05.

“The four-day Dreamforce event is the biggest software conference in the world and reportedly had more than 171,000 registered ‘Trailblazers’ from 91 countries, fuelling demand for hotel accommodation across the city,” explained Alonso. “Although the Moscone Center in San Francisco has been the home of the event for some years now, this year the timing of the conference shifted to November from October in 2016, which had a significant impact on the year-on-year performance of hotels in the city.”

Payroll levels at hotels in San Francisco increased by 1 percentage point in November to 43.2 percent of total revenue—equivalent to a 10.8 percent year-over-year increase on a per available room basis. As a result of rising costs outpacing revenue growth, profit per room at hotels in San Francisco for year-to-date 2017 remains 6.1 percent behind the same period in 2016, according to the HotStats report.

Last year proved challenging for hotels in Philadelphia. After a strong start, hotels in Pennsylvania’s largest city faced a tough period of trading over the summer, as year-over-year profit per room plummeted by 25 percent in the period from June to September. While November provided some respite, top-line performance at Philadelphia hotels has been challenged throughout 2017 by declining average room rate, which has dropped by 3.2 percent year-to-date. The rate in the corporate segment plummeting by 23.2 percent in the 11 months leading to November 2017.

Furthermore, Philadelphia hotels have also witnessed increased labor costs by 2.2 percentage points year-to-date to 33.8 percent of total revenue. As a result, profit per room for year-to-date leading up to November 2017—at $94.94—remains 3.6 percent behind the same period in 2016.