Home People The Road Back: AAHOA Chair Shares His Journey to and in This... 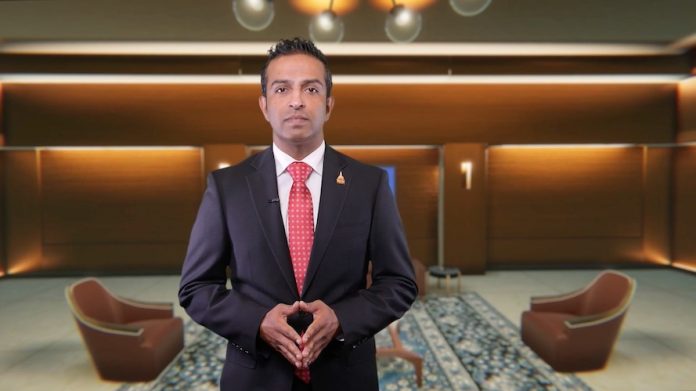 Current AAHOA Chair Biran Patel is a second-generation hotelier who is a partner in BHP Investments and the owner and operator of multiple branded and independent properties. Patel, who has served on the AAHOA board since 2014, considers himself a hybrid hotelier, one able to blend his just-past-millennial mindset with a deep appreciation for the work ethic and ground-up experience of his parents and their peers, some of which he absorbed while living as a child on-property with his family. He shared with LODGING how he reached the place he is now, and how he plans to lead his organization where none have gone before—the path to recovery from a pandemic.

“I know I have my work cut out for me, but my team and I are up for the challenge.”

Patel says the hotel business is all he’s ever known. He was only two years old when his family moved with him from England to Texas, where they opened their first motel, the first of many properties they would acquire over the next several decades. Patel and his two younger brothers helped out when they were old enough, but, after college, only he chose to enter the family business.

Patel’s work in the industry followed the well-worn path of nearly all hotel industry leaders, holding a wide variety of positions in family-owned properties and eventually acquiring his own. “I’ve pretty much done everything when it comes to running a hotel/motel,” Patel notes. However, he says, his path toward industry leadership began when he started accompanying his father to regional AAHOA meetings in the Dallas area.

Patel decided to become involved when he noticed processes, procedures, and other things that he felt AAHOA could do better. “I decided to get more involved with AAHOA because I saw so much potential for the association to build on the great things it does for owners and our industry. I volunteered as an ambassador, and then I ran for a seat on the board of directors as the North Texas Regional Director.” After three years in that position, he climbed the remaining rungs leading to chairman: secretary, treasurer, and vice chairman.

Once on the board, Patel says he hung back, taking time to familiarize himself with how AAHOA operated and learning its policies and bylaws before challenging a mentality he describes as “stuck in the weeds.” “I determined that I would try to be myself, to voice my opinions with all due respect to my peers, but not be a rubber stamp. We serve our members first and foremost, and, as we created our objectives on the board, I felt it was important to listen to their needs more.”

Despite seeing areas for improvement, Patel also rejects suggestion that the industry needs a new generation of leadership. “We need that senior leadership and experience to complement the younger minds that bring creative and innovative ideas—we need both for success.”

Patel notes, though, that not even the experience of the most senior among the board and its membership prepared them for the challenges presented by the global pandemic. “There’s still so much uncertainty, it’s hard to plan. It’s challenging to virtually communicate with board members the same way you would in-person. Most of our vendor events have been cancelled, postponed, or pivoted to a virtual space.”

This was the case for the recent convention, which was held virtually after being first postponed from April to August. “We knew we had to carry on somehow to bring our industry together and talk about the road to recovery. We had less than six weeks to pivot from an in-person convention and trade show to put together one done virtually.”

Patel says that without the traditional attraction of meeting and greeting friends and colleagues, the focus of the meeting was more practical. “The goal was to give attendees great informative content that they can use to help themselves navigate the road to recovery. I’m very happy with what we delivered to our members and to the industry.”

“I determined that I would try to be myself, to voice my opinions with all due respect to my peers, but not be a rubber stamp.”

Patel says that the road to recovery—one many predict will be long—will likely need to be paved with a significant amount of economic relief, something that is the focus of AAHOA’s advocacy efforts. “We are working hard to educate our elected officials about our industry’s specific needs.”

“There’s still $150 billion sitting in the Paycheck Protection Program (PPP).
Because we don’t know how long this will last, that needs to be allocated for our industry. We need the government to provide more resources for the Economic Injury Disaster Loans (EIDL) and Temporary Debt Restructuring (TDR), to cut the red tape that denies hoteliers direct access to the $500 billion in funds in the Main Street Lending Program, and to provide our industry with relief for CMBS loans,” he adds.

Patel acknowledges the unexpected difficulties of the position he assumed in mid-June, saying, “No one wants to take over at a time like this. I know I have my work cut out for me, but my team and I are up for the challenge. If we can’t take it on, who can?”