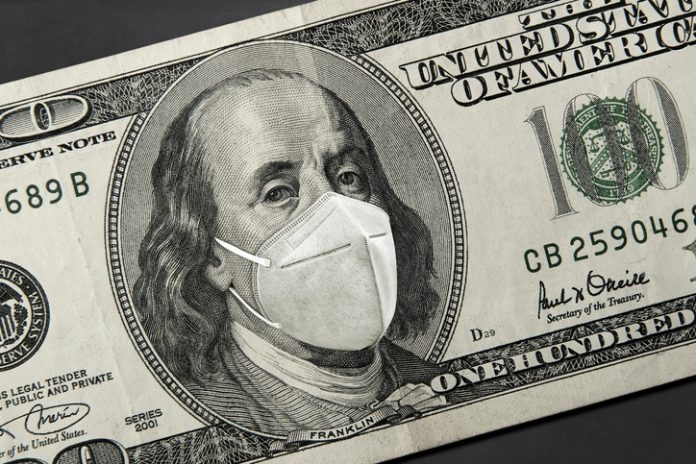 The hotel industry has found itself in perhaps the most significant liquidity crisis it has ever faced. As the industry reports second-quarter numbers, with almost the entire second quarter coinciding with COVID-19-related government-mandated closures and self-imposed scaling back of operations, the results for virtually all sectors of the industry will undoubtedly be both sobering and unprecedented.

A staggering number of hotels were closed for most of the second quarter. Although some hotels were temporarily repositioned for use by healthcare providers and other first responders, and a small number have been used as quarantine facilities, most hotels that continued to operate experienced no group or meeting business, virtually no food and beverage revenues, and, in some cases, single-digit occupancy. Significant cost-cutting measures were put in place; starting with employee layoffs and furloughs followed by the cessation of non-essential services. However, even shuttered hotels incur significant costs of ownership, such as debt service, property taxes, and insurance, as well as necessary operating costs like continued employment of engineering and security personnel.

To add insult to injury, as hotels begin to reopen, they are experiencing unanticipated incremental costs relating to the pandemic. In addition to search costs for replacing previously furloughed employees, hiring and training costs are being incurred to teach employees new health, safety, and cleaning protocols. Additional reopening costs include acquiring newly mandated cleaning supplies and personal protective equipment such as gloves and masks, installing shields and other equipment, and repurposing breakfast bars, gyms, spas, and other areas.

Hotels that had cash reserves and lower leverage were better positioned for these unprecedented events than others. Many hotels were able to take advantage of the various government programs that were hastily put in place, such as PPP loans made available through the SBA pursuant to the CARES Act. However, even as occupancy begins the long climb upward to the record high levels experienced in 2019, the cash crunch continues to worsen.

As the pandemic started, many owners received cash calls from operators. Some, with access to cash, funded these calls. Others, either negotiated revised funding amounts and timeframes or did not fund at all. To date, most operators have endeavored to work with owners to minimize expenses, but employee salaries and other necessary expenses must be paid. Many lenders have also worked with hotel borrowers granting forbearance and payment deferrals. There has, however, been a striking dichotomy in reaction among CMBS lenders and other lenders. While most non-CMBS lenders have been accessible to and willing to work with borrowers, CMBS servicers and special servicers have been much more difficult to communicate with and, when reached, less likely to “play nice in the sandbox.” As noted in a recent Wall Street Journal article, “just 20 percent of hotel owners whose loans had been packaged and sold to investors have been able to adjust payments in some form during the pandemic, versus 91 percent of hotel owners who borrowed from banks.”

With this as a backdrop, owners are using existing FF&E and other reserves to pay operating expenses, and ceasing to contribute additional funds to these reserves; in most cases, with the consent of their franchisors, operators, and non-CMBS lenders. Although a source of significant amounts of cash, and a necessary and reasonable short-term solution, these reserves will eventually need to be replenished.

Most planned and previously budgeted non-essential capital expenses have been deferred; with renovations and soft goods replacements put on indefinite hold. The brands, whether as a franchisor or branded manager, have consented to these postponements and deferrals. However, at some point in the future, the brands will again begin to enforce brand standards, require the implementation of property improvement plans and the commencement of capital projects. The conundrum here is that when these requirements are again imposed, the balances in FF&E and other capital reserve accounts that were raided or not funded will be insufficient to pay for these projects; but for now, this can is being kicked down the road.

Lenders that focus on hotel assets are seeing their earnings affected as debt service payments are deferred and waived. At some point, lenders will begin to exercise remedies; some have already started appointing receivers and commencing foreclosure proceedings. CMBS and other borrowers who have executed so-called “carve-out” or “bad boy” guarantees generally do not contest these actions, as any such effort could be deemed an effort to frustrate the lender’s exercise of its remedies and lead to personal liability under these guarantees. Many industry experts predict that in the current environment, where a lender or new owner will be no more likely to increase revenues or successfully reposition an asset than is the current owner, lenders will be less likely to foreclose than they were during prior downturns, and, consequently, predict a flurry of note sales by lenders.

Industry veterans believe it will be 2023 or 2024 before the industry recovers to 2019 occupancy and profitability levels, but there are many unknowns. Will the economy experience the faster V-shaped recovery predicted by the current administration, or take years to recover to pre-COVID-19 levels? Will there be additional government aid provided to the industry, and to what extent? To what extent will insurers pay the massive pending volume of business interruption insurance claims that have been filed and, to date, denied by insurers?

For the foreseeable future, in the hospitality industry, like many others, cash will be king. Better capitalized owners, brands, operators, and lenders will likely survive, while others may not. As in prior downturns, both new and existing well-capitalized opportunistic participants in the industry may generate outsized returns by acquiring and investing in loans, assets, and operating companies at historically low prices.