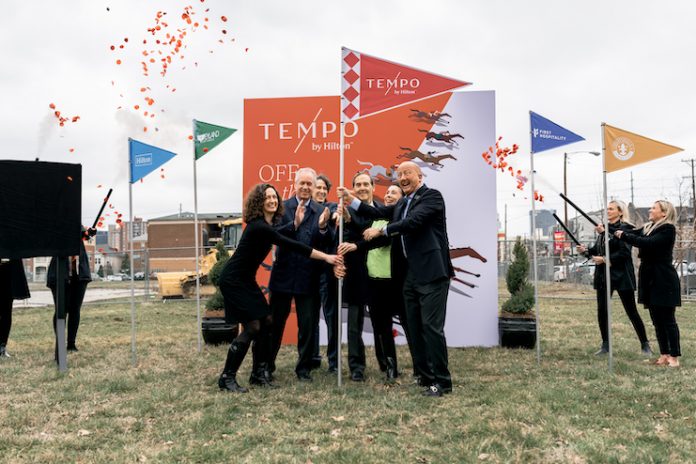 Breaking ground less than eight weeks from the Tempo by Hilton brand launch, this milestone marks one of the shortest time periods from brand announcement to groundbreaking in Hilton history. Additionally, the brand has more than 30 confirmed deals in cities including New York, Boston, Washington D.C., and Maui, Hawaii, as well as an additional 40 deals in various stages of development.

“We’ve seen an incredible response from owners who are excited about Tempo by Hilton, and we are working together with them to bring this new offering to market in record time,” said Phil Cordell, senior vice president and global head of new brand development, Hilton. “The brand delivers a unique blend of elevated yet within reach offerings that have been specifically developed to appeal to the burgeoning class of modern achievers, and we believe that the NuLu neighborhood is exactly the kind of place where Tempo by Hilton will not only fit in but thrive.” 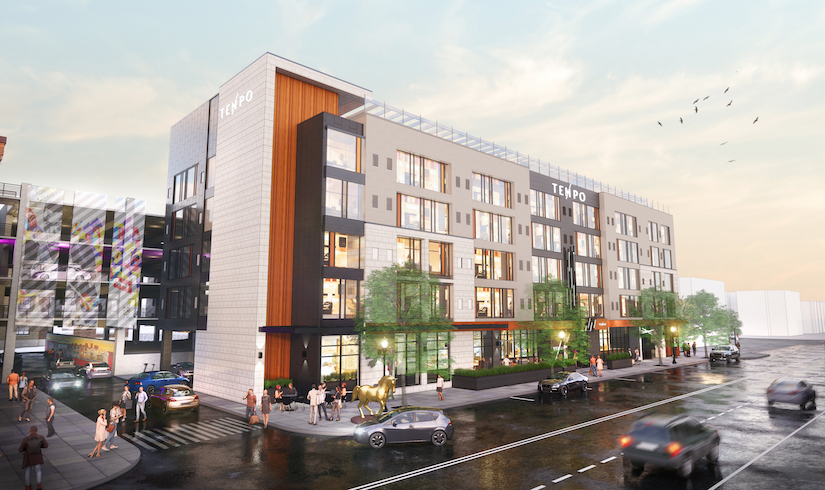 In line with the brand’s commitment to localized touches in each property, this first Tempo by Hilton groundbreaking, attended by representatives and local dignitaries, included nods to the historic Kentucky Derby with details such as a burst of rose petals that evoked the famous race also known as the “Run for the Roses”. The ceremonial groundbreaking was symbolized by the staking of a Tempo by Hilton flag into the property site ground.

“We are excited to be the first city in the world to welcome the Tempo by Hilton brand,” said Louisville Mayor Greg Fischer. “Our city’s economy is booming, with more than $15 billion in investment since 2014, more than 1,200 hotel rooms added in the past 18 months, and an additional 1,100 hotel rooms under construction. The Tempo by Hilton will add to that great economic vitality.”

Once open, the new Tempo by Hilton Louisville NuLu will offer a rooftop bar; guestrooms with the brand’s signature Power Up and Power Down collections to assist guests with getting energized for the day or winding down for the night; flexible meeting space; a  fitness center; and artistic touches.

“As part of the next generation leading First Hospitality, a long-time Hilton partner, I’m beyond proud that we are breaking ground on the very first hotel of this next-generation brand,” said Sam Schwartz, vice president of asset management for First Hospitality. “We couldn’t be more excited for this property to be going up in NuLu, a neighborhood known for its rich arts and culinary scenes.”

The new Tempo by Hilton Louisville NuLu will also provide complimentary coffee and tea via the in-lobby Fuel Bar, as well as a range of additional food and beverage options including a café-style venue serving smoothies, lattes, breakfast sandwiches, bowls, and more, a limited market, and in-lobby bar specializing in both spirited and non-spirited craft cocktails.