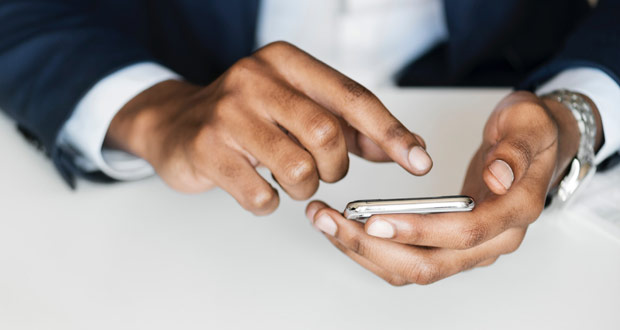 New York – As the class of 2019 is about to hit the workplace this Fall, theEMPLOYEEapp by APPrise Mobile released the results of its inaugural survey of 1,000 Generation Z high school and college graduates. The survey reveals what these new employees expect from their employers with respect to flexible work options, company communications and technology.

“This is a very interesting time for employers when it comes to understanding the needs and desires of employees entering the workplace for the first time,” said Jeff Corbin, CEO and founder of theEMPLOYEEapp by APPrise Mobile. “Given historically low unemployment rates and a strong labor market, it is important for employers to understand what employees expect from them to ensure their success not only when it comes to employee retention, but also to create the most attractive working environment. theEMPLOYEEapp’s survey was conducted for this purpose.”

When asked what type of job they plan to start following their graduation, nearly half of the Generation Z graduates surveyed (45 percent) classified themselves as starting or pursuing deskless employment (not requiring the use of desktop computers in their daily work) in industries such as healthcare, retail, transportation, hospitality and manufacturing. The remaining respondents (55 percent) plan to work in office environments in industries such as professional services.

Nearly half (46 percent) were high school graduates and 54 percent were college graduates.

The most important things they want in their new position are flexible and remote work options (49 percent); high quality training and on-boarding (48 percent); and communication of important company information and cultural fit/values that align with their own (both at 33 percent).

When asked what information is most important to them and that they expect to receive from their employers, top responses were HR information, such as benefits and 401K (47 percent); payroll (45 percent); and shift schedules/information (42 percent).

For graduates starting jobs in office/desk-bound environments, the survey revealed the following:

24 percent were high school graduates and 76% were college graduates.
The most important things they want in their new position are high-quality training and on-boarding (51 percent); flexible and remote work options (45 percent); a cultural fit/values that align with their own (38 percent).

When asked what information is most important to them and what they expect to receive from their employers, top responses were HR information, such as benefits and 401K (54 percent); payroll (47 percent); and training materials (43 percent).

For those entering deskbound positions, 62 percent said it’s “very important” to receive communications and hear from company senior leadership, and expect these communications either at least once a month to several times a year.

As for how they want to receive information, top responses were in-person communications (44 percent), via intranet (34 percent), and via text or SMS messages (30 percent).
Corbin concluded, “Graduates entering the workforce, no matter what career path they intend to pursue, expect similar—if not the same things—from their employers. As our survey shows, the incoming generation of employees expects greater flexibility in their ability to work remotely and via mobile. They want to have greater and transparent communications from their employers. They need easy access to the tools and resources that will allow them to be successful in their work as well as in their personal lives. The reality is, the way in which today’s employees are accustomed to working is no different than what they experienced during high school and college. If employers want to stay competitive and to attract and retain talent, they need to adapt their work environments and communications efforts accordingly. We are hopeful that the results of our survey set the stage for this.”

Survey Methodology
The findings are based on a Google Consumer Survey of more than 1,000 Generation Z high school and college graduates in the United States who are either seeking employment or currently have job offers, aged 18 and over. Google Consumer Surveys automatically fields a validated, representative sample of respondents, which was weighted against the U.S. Census Bureau Current Population Survey for age or gender of the United States to be representative of the adult Internet population.