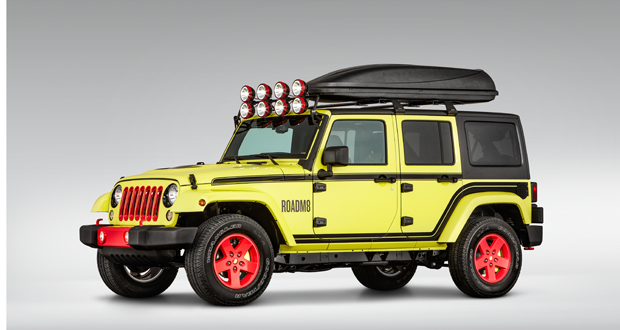 On March 29, Super 8 became the first hotel brand to launch a concept car at the New York International Auto Show in New York City. The car, known as ROADM8, showcases features from Super 8’s recent brand refresh, which saw more than $100 million in renovations at its hotels across North America.

“We are always looking to do something unexpected, and building a concept car is definitely that,” Mike Mueller, senior vice president for the Super 8 brand, says. “We’re creating an environment of innovation for Super 8, and that can be seen both in our guestrooms and in the ways we’re raising awareness.”

Indeed, Super 8 has a history of hosting fun stunts that grab the media’s attention. In 2016, the brand held two “Hotel Art” shows in New York and Miami to give away eclectic pieces that previously graced the walls of its hotels. In 2014, the brand celebrated its 40th anniversary by setting a record for the world’s biggest pillow fight at South Dakota State University.

The ROADM8 seems to be a natural progression of Super 8’s innovative approach to brand awareness. Built out from a 2017 Jeep Wrangler, ROADM8 sports Super 8’s brand colors—bright yellow and red—and includes amenities travelers might find in a Super 8 guestroom such as a coffee machine, mini-fridge, and touch-screen tablets in the backseat. The seat upholstery is made from the same material as Super 8’s new guestroom bedding. Additionally, the car is packed with little Easter eggs that pay homage to the brand’s heritage—including a black and white photograph printed on the underside of the hood depicting Badlands National Park in South Dakota, the state where Super 8 was born.

Mueller says that designing a custom car and debuting it at the New York International Auto Show just made sense for the Super 8 brand. “We wanted to get ourselves in front of the type of traveler that we’re looking to attract,” he notes. “We do really well with road trippers in general. Seventy percent of our guests drive their own cars to our hotels, and most of them reserve their rooms the same day. We want to be the hotel at the top of those drivers’ consideration.”

He adds that ROADM8 serves as a great way to call attention to the new Super 8 guestrooms. “We’ve given ourselves something to market. The $100 million that our owners have invested in their hotels has given us something to go and talk about. We want to reward them for all of that effort, and we’re bring it to life in a really unique and special way. You can always buy a TV spot, but we prefer to show up in unique and unexpected ways to earn that media attention.”

ROADM8 will be at the New York International Auto Show until April 8. Then it will be whisked away to Las Vegas for Wyndham’s annual conference.

“Super 8 is elevating economy,” Mueller says. “We are not your grandfather’s budget hotel anymore, and that’s what we shown here today with ROADM8.”

Visit LODGING’s Instagram for more pics of the ROADM8.