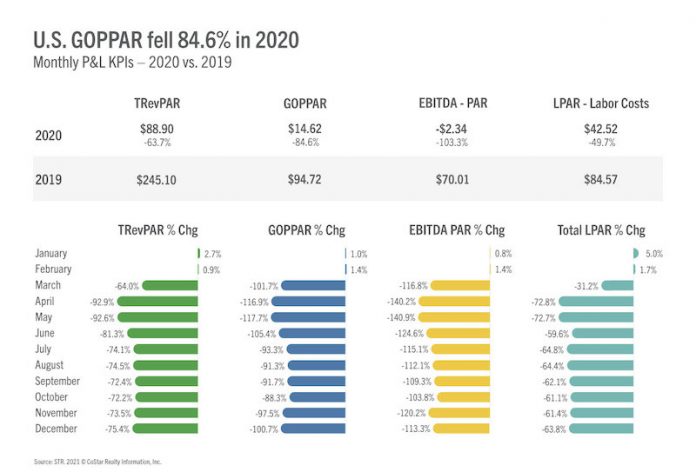 December gross operating profit per available room (GOPPAR) came in worse than any month since June in both absolute terms and year-over-year comparisons, according to STR.

“Lower demand in December coupled with fixed expenses for hotels meant profit declines on par with early in the pandemic,” said Raquel Ortiz, assistant director of financial performance for STR. “That only worsened the overall 2020 figures, which showed an average profit level less than $15 per room after coming in at almost $95 in 2019. As noted in our revised forecast, this year is off to a slow start amid a worsening pandemic situation, so the pattern of dwindling profitability will likely continue in the coming months.”

Six of the major markets reported GOPPAR declines worse than 100 percent in 2020. Among those markets, New York City reported the steepest decline in the metric: -136.5 percent. Minneapolis/St. Paul showed the largest decrease in total revenue per available room (TRevPAR): -83.8 percent. 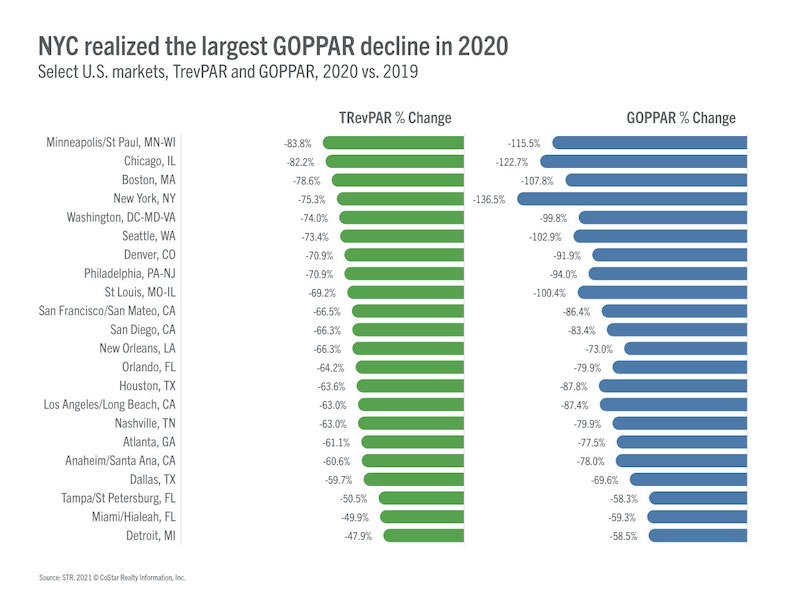