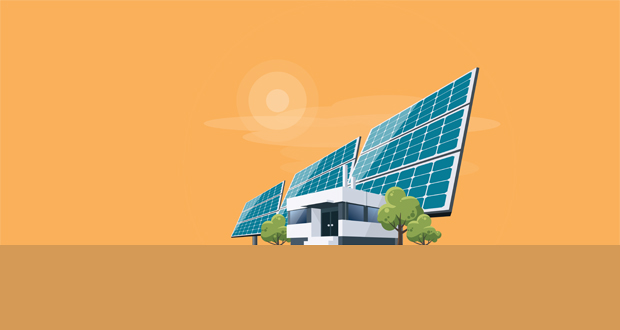 Solar energy was once a popular option for commercial venues, but when excitement around this renewable energy source waned, other trends started to take its place. Right now, the hospitality industry is focused on other types of green energy—think wind and geothermal. However, just because solar isn’t getting the media play other forms of renewable energy are getting, it doesn’t mean that solar is out of the picture. Carl Mansfield, general manager of Sharp Electronics Corporation’s Energy Systems and Services Group, says, “If you look at year-over-year deployments, the solar energy sector continues to grow.”

Over the past five years, solar has evolved into a more affordable option in both residential and commercial market segments. “Prices for solar hardware have come down dramatically over the last five years. As a result, the economics of solar installation on commercial properties—including hospitality—are becoming a lot more favorable,” Mansfield says.

And when it comes to return on investment, solar energy and its storage mechanisms can cut operating costs so dramatically when it comes to hotels’ utility bills that there’s an almost instant savings. Mansfield says, “Even if a hotelier finances their solar setup through a third party, there’s often an immediate improvement in cash flow because the utility savings amount to more than the monthly finance payment to the third party.”

Beyond the economic benefits, the environmental impact of solar energy is extremely positive. Hotels that use this technology are helping the environment because they are greatly reducing their use of fossil fuels, as well as their carbon footprints. “By deploying solar effectively, what you’re doing is offsetting electricity generation that is contributing to carbon and global climate change.”

Despite the fact that some trend-watchers think solar has come and gone, today it is a viable and more affordable option for hoteliers trying to save energy and money. And, if a hotelier isn’t prepared to go completely solar, the technology can be installed on a smaller scale for a modest reduction in electricity costs. “Solar is definitely still here. Installations are growing on a yearly basis and we’re seeing this technology nationwide,” Mansfield notes.

Costs on the Rise: Hotel Insurance Represents a Growing Expense for Hoteliers

Industry News LODGING Staff - May 24, 2022
Safety perceptions related to travel and social activities are at their highest point since the pandemic began, prompting many U.S. travelers to plan summer...

Finance & Development Ellen Meyer - May 24, 2022
Raines Company’s Vice President, Investments, Kristen Myers, observes that many investors sitting on the sidelines expecting distressed property bargains as a result of the...

Finance Kelsey Fenerty - May 24, 2022
Over the past two years, class-level hotel occupancy has served as a proxy to track the recovery of different industry segments. The lower-tier, leisure-based...