Ready to Start: Ramping Up in a Downturn 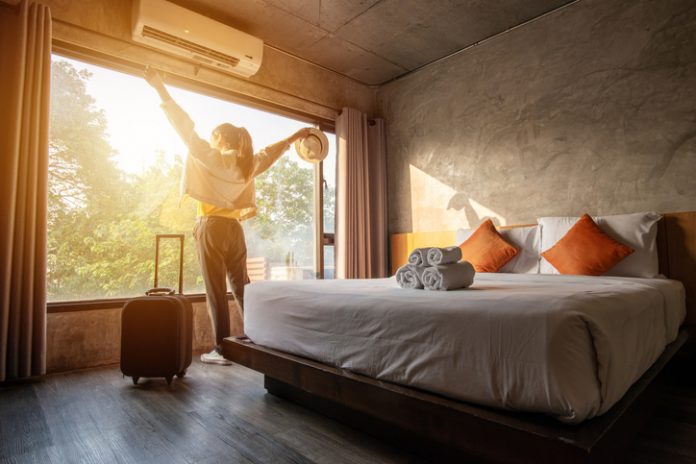 While much of the supply conversation over the past year has focused on temporary closures due to COVID-19, new construction continues to be an important part of the hotel supply landscape. In the first year of the pandemic, 973 hotels representing more than 110,000 rooms completed construction and opened in the United States. Another nearly 1,500 projects are still under construction, totaling an additional 184,000 rooms. But what does it mean for a hotel’s performance to open in the middle of the worst downturn the hotel industry has ever seen?

There is no direct historical comparison that can be made to perfectly predict how hotels will perform in the current environment. However, looking back to the industry’s last downturn can provide a guide to understanding how new hotels may perform in a recessionary period. To measure a hotel’s ramp-up time, a hotel’s performance is indexed to its competitive set. A hotel is considered “ramped-up” when it achieves a 100 percent key performance indicator (KPI) index, meaning that it is performing at the same level as its peers.

Comparing the ramp-up time of hotels that opened in an upcycle for the industry (between July 2010 and May 2016) with those that opened in a downturn (between 2007 and 2009) reveals that in both data sets, the aggregated subject properties achieved a 100 percent RevPAR index to their competitive sets in month 17. However, the occupancy and ADR ramp-up stories are very different. For hotels that opened during a downturn, ADR ramped up almost immediately, first crossing a 100 percent index in the second month after opening and maintaining that 100 percent index consistently starting in month 12. Occupancy took longer to build up, with new construction properties achieving a 100 percent occupancy index two years post-opening. Properties that opened in an upcycle experienced the opposite; occupancy ramped up first (by month 17) while ADR took longer to stabilize above 100 percent. This suggests that in a downturn environment where ADR is depressed across existing properties, it is easier for new hotels to achieve a similar rate as their competitors.

Twitter
Linkedin
Facebook
Email
Previous articleSpend or Save: What To Do in the Post-Pandemic Investment Environment
Next articleHoliday Inn El Paso Acquisition Sponsored by Legendary Capital