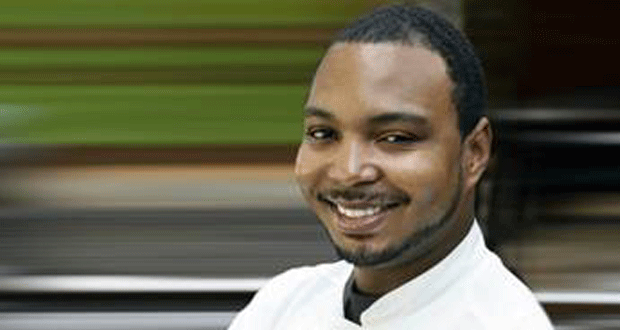 NEW YORK—The Kimpton Muse Hotel has appointed Jeffrey Williams, a practiced chef with almost two decades of experience, to lead NIOS, the hotels’ on-property restaurant and lounge. As the new executive chef, Williams will bring his vast knowledge of the industry and experience of international cuisine for a creative spin on this modern American restaurant.

Chef Williams believes that a great meal instills even greater memories. “If you cook a meal for someone that they love, it is a full mind, body, and soul experience,” said Chef Williams. “That person will always remember what they ate, who they shared their meal with, what restaurant they were in and the chef that cooked. This is what I hope to bring to NIOS; a total culinary experience that starts with a great meal and ends with even better memories.”

Williams began experimenting in the kitchen at a young age helping his grandfather prepare their family meals, but went on to study professionally at Baltimore International College. While in school he held kitchen positions at restaurants including Fork Restaurant and Rembrandt’s in Philadelphia as well as at Windows in the Renaissance Inner Harbor Hotel. Upon graduating, he accepted a position at the Willard Intercontinental in Washington, D.C., where he began his professional career.

Hotel Industry to Spotlight Employee Superstars at its Annual Fundraiser

Checking In with Johnathan Capps, VP of Revenue at Charlestowne Hotels

Checking In with Nicolas Graf

Dream Hotel Group Is Bringing its Lifestyle Brand to the Las...