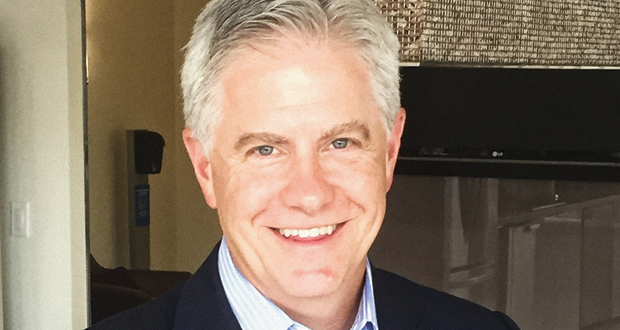 Kevin Carey, chief operating officer at the American Hotel & Lodging Association, has a role that was made just for him. For two decades, Carey rose through the ranks at American Express (Amex), most recently serving as managing director of the Americas for the financial services and travel giant. At Amex, Carey developed a reputation for successfully building and growing high-performing teams and fostering thriving strategic partnerships. In May 2017, he brought that wealth of experience back to Washington, D.C.—where he first began his career—to become COO at AHLA.

Carey’s addition is a pivotal move for the organization—which has steadily been expanding its reach—and shores up its position as a national leader. Now, several months into his new position, Carey has his sights set on building revenue streams and bolstering value for AHLA’s 25,000 members.

Carey is no stranger to hospitality. His experience with the industry was woven throughout his career at Amex and can be traced as far back as his high school jobs working in golf clubs. “Those jobs were really impactful in building skills around meeting customer expectations, working with and valuing diversity, and gaining responsibility and advancing in an organization,” Carey says. Throughout his entire career, which includes his service as a board and executive committee member for numerous national, state, and local travel and tourism associations, Carey witnessed what the industry had to offer in terms of career mobility. “Hospitality certainly appealed to me as a career, but also an industry with real opportunity for growth and development.”

Carey began at Amex as a summer intern before diving into the company full-time. He worked his way from the company’s government and public affairs department to the commercial side of the business, spending the majority of his 25 years in management roles in the card, merchant services, and business travel divisions. Outside of developing teams of high-performing talent, he regards his deepening of the brand’s strategic partnerships as his biggest accomplishment at Amex. He played a significant role in influencing strategic, global relationships with some of company’s biggest customers, which also happen to be some of the biggest companies in the world, including Apple, Walmart, IBM, and Costco.

Carey has joined AHLA at a time when the organization has established itself as a leading voice for the industry. However, he says this is only one phase of AHLA’s recent growth and development. “The organization has really made some impressive strides over the last several years. The creation of this role is a recognition that, at this time, there’s great opportunity to sustain and build on the momentum and the progress that’s been achieved.”

One of Carey’s focus areas is on enhancing value propositions, not just for membership, but also for industry partners. “It’s an area where there’s a growing and expanding recognition of the organization, its membership, and a desire to be a part of what’s happening here,” Carey explains. “That really is intricately linked to our ability to grow and diversify the organization in revenue streams over time.”

Building new revenue streams will help to do more than sustain AHLA’s growth, Carey adds. “Revenue growth really represents the fuel that’s going to enable the organization to power up new initiatives. It will allow the industry to play offense and drive public policy and positive advocacy results for the industry and membership going forward.”

Proaction will be critical in the next few years as hotels figure out how to navigate the digital transformation and all of its ramifications, Carey explains. While not unique to the hotel and lodging segment, Carey says that the impact of digital transformation is uniquely vivid in the hospitality industry because it is shifting each and every stage of the customer experience at hotels.

“Every industry is confronting it, whether retail or financial services or entertainment. But in lodging, it really cuts across the customer experience,” Carey explains. “It impacts every stage of the customer journey—from shopping to the booking process prior to arrival, then check in and check out while on property. It dramatically affects how the brands are developing and positioning themselves through their offerings, segmentation of the marketplace, and loyalty programs. This digital transformation is really cutting across every customer segment, too, from leisure to business, meetings, incentives, and events.”

On the operations side, hoteliers have already seen and will continue to face a changing landscape when it comes to recruiting and retaining staff, streamlining operations, and growing revenue. “These are some big challenges, but also a pretty stimulating and exciting area for the industry as a whole to continue to work through and address,” Carey adds.

With half a year under his belt at AHLA, Carey says that he is looking forward to tackling those challenges and experiencing the hospitality industry from a new perspective. “The economic impact of the industry, the role that it represents in terms of career mobility, and its global-ness are things that are really exciting and certainly what I’m seeing and hearing in the early days here as we talk to our members,” Carey says. “It’s been really a terrific experience coming on board.”