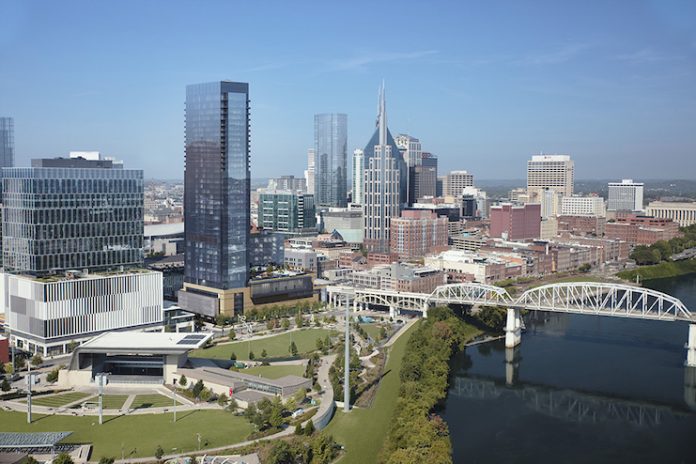 The Four Seasons Hotel Nashville is a 40-story, full-service hotel with 235 keys, including 42 suites. The hotel has a restaurant led by a Michelin-distinguished chef, a bar concept, a full-service spa and resort-style pool deck, event spaces, and more.

The hotel is situated on a 1.47-acre site in the South Broadway area of downtown Nashville. It is connected to the Shelby Avenue pedestrian bridge, which leads to Nissan Stadium, home of the Tennessee Titans. In addition, the Four Seasons Hotel Nashville is adjacent to Riverfront Park and the Cumberland River and is nearby Music City Center and Broadway Street.

“Nashville hosted 12.6 million visitors in 2021 and continues to see consistent year-over-year tourism growth along with an exploding year-round residential population,” said Tupler. “With this increased tourism, there is a growing number of international and wealthy travelers primed to take advantage of Nashville’s first truly five-star luxury hotel.”