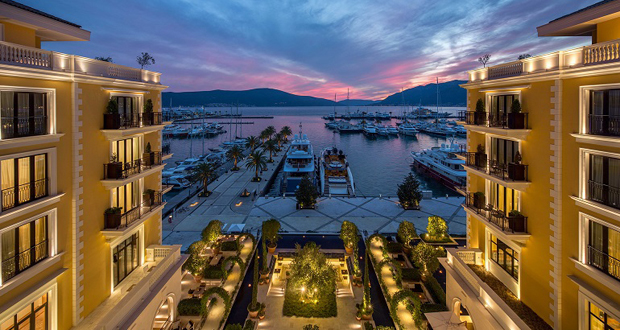 InterContinental Hotels Group (IHG) has agreed to acquire a 51 percent stake in Regent Hotels and Resorts for $39 million in cash. IHG will have the right to acquire the remaining 49 percent interest in a phased manner from 2026. The transaction is expected to close during the second quarter of 2018.

IHG will bring the Regent brand and its associated management contracts into its portfolio at the top end of the luxury segment and plans to accelerate the brand’s growth globally. IHG intends to grow the brand from six hotels totaling 2,000 rooms to more than 40 hotels totaling 10,000 rooms in key global gateway cities and resort locations over the long term. Three hotels are currently in the Regent pipeline.

The Regent brand has set the benchmark for luxury hotels globally since it was founded in 1970. Its heritage is built around the elegant, timeless design of its hotels and rooted in its focus on delivering a unique and superior luxury experience for guests.

IHG’s acquisition of Regent—a joint venture with Formosa International Hotels Corporation—is part of a new strategic initiative to continue expanding the company’s footprint in the fast-growing $60 billion luxury segment. To support this initiative, IHG created a new dedicated division to further enhance its capabilities in the luxury segment and will fund the division through IHG’s efficiency program, as outlined in the company’s Full Year Results released on Feb. 20.

“IHG is already one of the world leaders in luxury with our InterContinental Hotels and Resorts brand, but we see significant potential to further develop our global footprint in the fast-growing luxury segment,” Keith Barr, CEO of IHG,says. “As one of the pioneers in defining luxury hotels both in Asia and around the world, Regent is an excellent addition to IHG’s portfolio of brands. We see a real opportunity to unlock Regent’s enormous potential and accelerate its growth globally. In addition, by creating a dedicated luxury division, we will be bringing together some of the most experienced and respected people in the industry who will help drive our luxury offer, ensuring that our existing luxury brands continue to evolve and allowing us to bring in new brands such as Regent to enhance our brand portfolio.”

IHG also announced that following an extensive refurbishment due to commence in early 2020, InterContinental Hong Kong will become a Regent Hotel in early 2021. The hotel originally opened its doors in 1980 as one of the most iconic properties to ever carry the Regent brand.

“Regent was founded by legendary hotelier Robert H. Burns, who sought to combine Asian hospitality and Western elegance to create a leading luxury hotel brand,” Steven Pan, executive chairman of Formosa International Hotels Corporation, adds. “The brand has an unrivalled heritage at the very top end of the luxury segment and the flagship Regent Hong Kong was consistently voted the world’s best hotel in the 1980’s and 1990’s. Returning the property to its original roots as a Regent hotel is symbolic of our ambition to return the brand to its former glory and will go down in history as one of the greatest brand comebacks in the hotel industry. IHG shares our vision for the brand and has the ability to make our ambition a reality. IHG has a deep understanding of how to protect what makes the Regent brand so unique and special, whilst at the same time ensuring that the brand can grow and thrive on a global scale.”

“The InterContinental Hong Kong is internationally acclaimed as one of the world’s best hotels and is prized for its unrivalled views of the Victoria Harbour and Hong Kong Island,” Goodwin Gaw, chairman of Gaw Capital Partnership, says. “Originally built as The Regent Hong Kong in 1980, the hotel was rebranded to InterContinental Hong Kong in June 2001. The hotel is primed to undergo a spectacular transformation that will position it as one of the top hotels not only in Asia, but also as one of the world’s most iconic hotels. We are absolutely delighted that after the refurbishment, we will be opening our doors once again as The Regent Hong Kong, a flagship property for the Regent brand, returning the property back to its original roots.”

The 51 percent interest will be acquired for $39 million in cash and paid in three tranches of $13 million—the first upon the date of completion, the second in 2021, and the third in 2024. These amounts will be funded within IHG’s existing capital expenditure guidance of up to $350 million gross, and $150 million net, per annum into the medium term. IHG has the option to acquire the remaining 49 percent stake in a phased manner from 2026. This will be via a combination of put and call options, is capped, and is based on a trailing twelve-month multiple of joint venture income, which based on our current projections would result in a payment of less than $100 million.