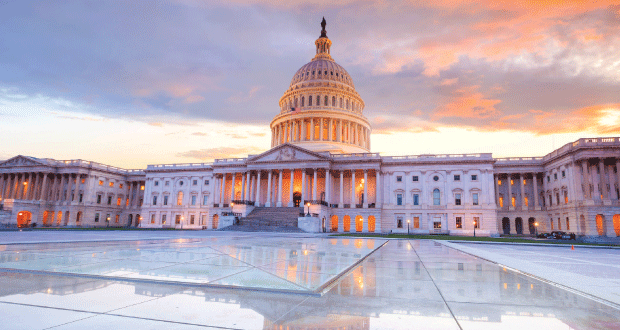 This week, nearly 500 hoteliers from across the country convened on Washington to share their stories of working in the hotel industry with their government representatives at the hotel industry’s annual two-day Legislative Action Summit (LAS). The Summit is a joint effort between the Hotel & Lodging Association (AHLA) and the Asian American Hotel Owners Association (AAHOA).

The LAS launched with a general session on May 17, during which hoteliers learned more about the strengths of the industry as well as challenges facing hoteliers and guests today, such as online hotel booking scams, lack of transparency for commercial short-term rentals, the need for tax reform, and creating a skilled workforce.

During the general session, the hoteliers were polled and asked about the most important priority for Congress to address. Nearly half chose jobs and economic growth, followed by stopping damaging regulations impeding businesses (16 percent), immigration reform (13 percent), tax reform (11 percent), and defending national security (10 percent).

Doug Dreher, president and CEO of The Hotel Group and member of AHLA’s Executive Committee, said that job creation is a critical concern. He explained that even as hoteliers offer competitive wages and benefits, many still struggle to recruit employees.

“We are a job creators. Part of what we need is a vibrant workforce,” Dreher said. “Immigration reform, while it may not be realistic in the short term, is something very important. You have to widen the playing field, so to speak.”

The LAS participants also heard from key leaders in Washington who offered their insights on the current political climate, including remarks from U.S. House of Representatives Democratic Caucus Chair Joe Crowley (D-NY), who addressed job creation, for both the hotel industry and the country as a whole. “You want to make sure that the jobs being created are good jobs, because the economy may have made it out of the darkest woods, but it’s not exactly where it needs to be for all too many of our fellow Americans,” Rep. Crowley said. “In your business, when people have less money in their pockets—when their wages are cut or there is economic uncertainty—they are more likely than not to take a ’staycation’ than a vacation.”

Representatives Majority Whip Steve Scalise (R-LA) also made remarks to hoteliers during the LAS general session, discussing the importance of tax reform and simplifying the tax code, as well as Congressional leaders hearing from their constituents. “The most valuable resource that we get in Congress is feedback from people back home,” Scalise said. “We don’t necessarily know how a policy will impede your ability to hire more workers or to properly give benefits to your workers the way you want […] As you give us that feedback, it helps us get the policy right.”

Following the general session on May 18, the hoteliers held 250 meetings on the hill with Congressional leaders on May 18. The Hotel Group’s Doug Dreher said that it’s critical to share the industry stories both during LAS and beyond. He recommended inviting representatives when they are in their home districts to tour hotel properties and meet with associates and manager.

“We’ve got a lot of great stories. We’re an industry of huge opportunity and diversity,” Dreher said. “I started as a dishwasher, and now I’m CEO. That’s not that unusual. Those stories are everywhere.”

Inside the Newly Rebranded AHLA Foundation