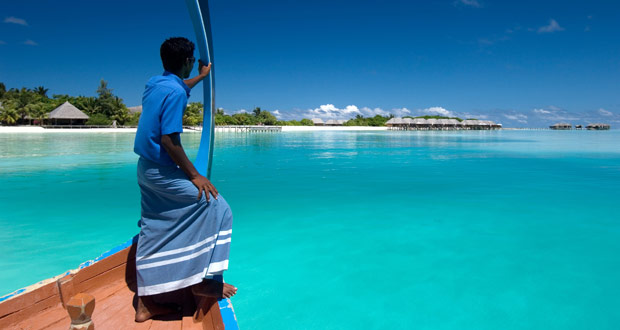 Hilton announced on Wednesday that it will become the first major hotel chain to release science-based targets for reducing carbon emissions, aligning with the Paris Climate Agreement. Hilton’s “Travel with Purpose” corporate responsibility strategy aims to cut its environmental footprint in half globally and double its social impact investments by 2030. The social impact investments will focus on local initiatives across the globe, including sourcing from local and minority-owned suppliers, and programs to empower women and young people.

A recent study found that the tourism industry accounted for about 8 percent of global greenhouse gas emissions in 2013, and its share had been rising beyond previously predicted levels. Hilton’s commitments deliver on a joint call in April from its President and CEO Christopher Nassetta, the newly appointed World Travel & Tourism Council chairman, and Patricia Espinosa, the United Nation’s executive secretary of the UN Framework Convention on Climate Change, for members of the travel industry to commit to following the Paris Climate Agreement and incorporate the objectives into actionable science-based targets.

On top of aligning itself with the UN’s 2030 Sustainable Development Agenda, consumer research shows that the company’s customers support these goals. According to a survey of 72,000 Hilton guests, social, environmental, and ethical considerations are central to their buying preferences, especially those younger than 25 years old. The six-day survey was conducted in May 2018 and asked travelers if they research a hotel company’s environmental and social efforts. It discovered that 33 percent actively seek this information before booking and of those, 60 percent conduct research even if the information is not easily accessible. Even more travelers under the age of 25 (44 percent) actively seek this information. Leisure travelers (36 percent) are more likely than business travelers (29 percent) to seek this information, and female travelers (39 percent) are more likely than male (29 percent).

When broken down by regions, guests staying in Central/South America (46 percent), the Middle East/Africa (45 percent), Asia Pacific (41 percent), and mainland Europe (35 percent) are more likely to seek this information before booking

“For nearly 100 years, Hilton has been driven by our mission to have a positive impact on the communities surrounding our hotels,” Nassetta says. “In this Golden Age of Travel, we are taking a leadership role to ensure that the destinations where travelers work, relax, learn, and explore are vibrant and resilient for generations of adventurers yet to come.”

Hilton’s new 2030 Goals include the following efforts to cut environmental impact in half; reduce carbon emissions by 61 percent in line with the Paris Climate Agreement and approved by the Science-Based Targets Initiative (SBTi); reduce water consumption and produced waste by 50 percent; remove plastic straws from managed properties; sustainably source meat, poultry, produce, seafood, and cotton; and expand existing soap recycling program to all hotels and send zero soap to landfill.

Since 2008, the company has reduced carbon emissions and waste by 30 percent and energy and water consumption by 20 percent, saving more than $1 billion in operating efficiencies. Performance measurement system LightStay calculates, analyzes, and reports the environmental impact at each of Hilton’s more than 5,300 hotels. Hilton will use LightStay to track its goal of reducing carbon emissions by 61 percent across its portfolio by 2030.

“The World Tourism Organization commends Hilton’s focus on sustainability, which is in line with our overall commitment as the UN’s agency that is dedicated to promoting sustainable tourism for development worldwide,” says Zurab Pololikashvili, secretary-general of the World Tourism Organization (UNWTO). “Hilton has been our partner in this endeavor, raising awareness among customers with examples of best practices for the hospitality industry.”

“Companies play an integral role in solving our climate crisis,” says Sheila Bonini, senior vice president, private sector engagement, World Wildlife Fund. “By committing to significant intensity emissions reductions based on science, Hilton is setting in motion a plan that will have ripple effects across the hospitality industry while providing more sustainable options for travelers.