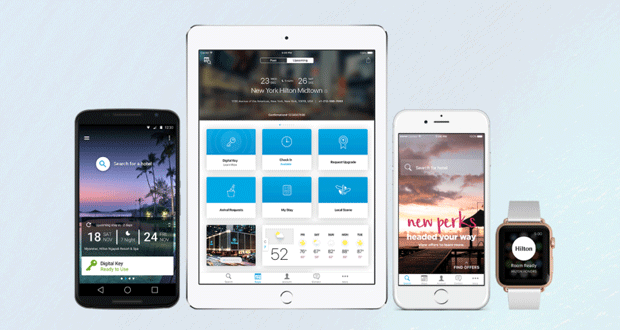 “Loyalty is at the core of our customer strategy,” said Mark Weinstein, senior vice president and global head of loyalty and partnerships at Hilton. “We’re putting customers to heart. We’re building digital innovations and transforming our guest experience to really focus on what our customers most want and need, taking the friction out of travel, and making it a little more fun and joyful along the way.”

Weinstein also noted that loyalty is a big business driver for the Hilton engine. There are currently 60 million Hilton Honors members, 9 million of which joined in 2016. “[It shows] how much our customers are enjoying engaging with us to form personal, one-on-one relationships,” he added. On any given night, 55 percent of guests at a Hilton hotel are Hilton Honors members.

Acknowledging this huge population of members was key in the initiatives being launched within the Hilton Honors program. There are four major benefits that are due to launch in 2017.

The first is a more flexible way to use points. Using a sliding scale feature, members can decide how many points they want to spend on a particular room and make up the difference in cash.

Starting in the spring, the new system will also allow points pooling, so members can team up with friends or family to use points together while traveling. “We’re going to be the first program in the industry to allow members to use their points in that way,” Weinstein said.

The third initiative, which starts this summer, has Hilton Honors partnering with Amazon. The partnership will allow members to use points to make purchases from the online retailer. “We’re allowing our members to be more empowered to find flexibility, more utility, and the ability to engage with us in everyday activities across Amazon.com here in the U.S.,” Weinstein explained.

And finally, the Hilton Honors will introduce a benefit for Diamond members. If a member has been at Diamond status for at least three years, but has a year during which she’s not traveling as much, she can still keep Diamond status for an additional year. Weinstein described that this was to help foster lifelong relationships with Hilton Honors members. “It’s a great example of how we’re being much more human about travel,” he added.

Hilton Continued Expansion in the Americas Throughout Q2 2021

Ahead of the Curve: Groundbreaking Tech