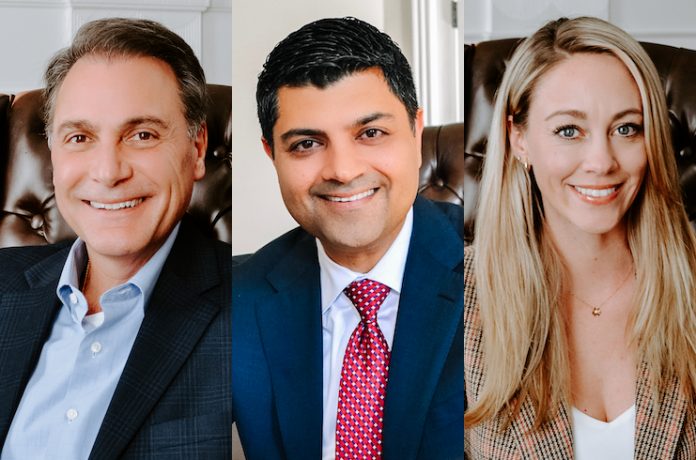 Nayyar brings with him more than 20 years of experience in the hospitality industry. Since joining the team in 2000, Nayyar has served in all areas of hotel management and worked with Marriott International, Hilton Worldwide, IHG Hotels & Resorts, and Radisson.

“It’s an exciting time for GF Hotels & Resorts as we continue to pivot through these challenging times we are looking forward to Vineet’s leadership contributions,” said Kochenour.

His industry expertise led to a seat on Holiday Inn’s General Manager Advisory Board, and he is currently a member of the IHG Owners Association and DoubleTree Hotel Owner Advisory Council. He received a degree in Hotel Management from the Alpina School of Hotel Management, Switzerland.

Drake joined GF Hotels & Resorts in 2018. With over 10 years of hospitality experience in sales, marketing, and revenue management, Drake has brought knowledge, perspective, and enthusiasm to the development team.

Drake continued to help grow GF Hotels & Resorts through their rebranding from GF Management to GF Hotels and Resorts and adding over 130 managed properties to the GF portfolio. In her new role, she will be focusing on growth and retention in both the bank workout and third-party management divisions alongside the development team.

Drake graduated from Montana State University with a Bachelor of Science in Business Administration and earned her certificate in Hotel Revenue Management from Cornell University in 2015. Drake is an active volunteer with Philadelphia’s Big Brothers & Big Sisters program in her free time.