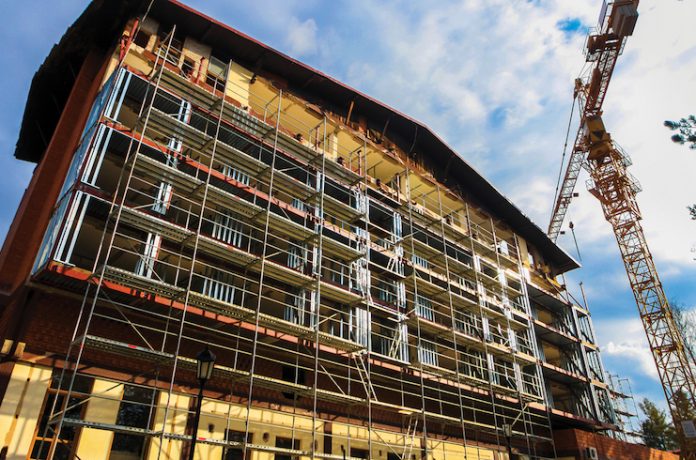 After more than two years of pandemic disruption in the hospitality industry, data shows a slowdown in U.S. hotel development. Supply chain issues, staffing shortages, and other pandemic-related disruptions have challenged hotel development, but more recently, increased costs and concern around an economic downturn have created further obstacles for developers. As such, activity would suggest a cautious approach due to uncertain times ahead.

The longer-term view shows that new openings were on the rise prior to the pandemic, and with 123,000 rooms added to the market, 2019 produced the highest number of new openings since 2009. New openings slowed by double digits in 2020, with many properties seeing construction delays at the height of the pandemic. Then in 2021, total new openings rose slightly because of that trend, with an increase of 6 percent from the previous year—albeit 12.6 percent behind 2019 levels.

Many hotels that opened in 2020 and 2021 were already in the final stages of development. As such, we expected a lag between the pandemic and a slowdown in development activity. It is therefore no surprise to see that the first half of 2022 has shown an even greater slowdown in new openings, with just 31,000 rooms coming into the market—50 percent behind the same period last year. This is a clear indication that a slowdown in development activity has started and a dip in new supply is on the way after the new supply jump prior to the pandemic.

Looking at future openings, as of July 2022, there were 5,240 hotels and 609,000 rooms in the confirmed pipeline (Planning, Final Planning, and In Construction). Upper-midscale and upscale chains accounted for 60 percent of the total pipeline rooms, with 188,000 and 158,000 rooms expected to be added, respectively. At the other end was luxury, with just 65 hotels and 14,000 rooms in the pipeline. While these numbers suggest development is continuing, the totals represent a 7 percent decline compared with the same time last year. Total rooms in construction showed the largest slowdown, currently sitting 20 percent behind last year. In contrast, rooms in the planning phase rose 6 percent. As indicated in the graph on page 36, the slowdown of construction activity began toward the end 2020. This trend has continued as the industry has faced further disruption.

Permanent closures also increased substantially in 2020, with 593 properties closing shop. This equates to 50,000 rooms, which was a 79.9 percent increase from 2019 closure levels. On a more positive note, closure activity appears to have peaked, as 2021 saw normalization to pre-pandemic levels with permanent-closure rooms at 28,000—much more in line with the 2010 to 2019 average.

While 2022 is clearly showing less development activity compared with previous years, there are signs that 2023 and 2024 are likely to pick up. There are currently 157,000 confirmed rooms in 2023 and 201,000 in 2024, totaling more than 3,000 new hotels over the two years. If these numbers come to fruition, it will indicate a return of robust new opening numbers in the years to come.