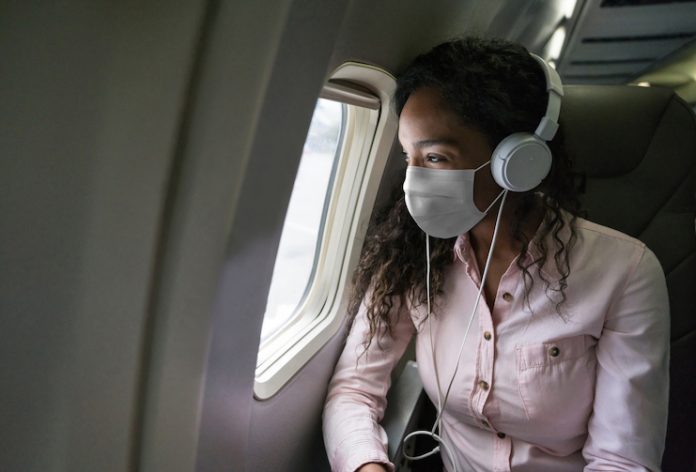 NEW YORK — Deloitte today released data from the latest wave of its monthly Global State of the Consumer Tracker survey, which was conducted in 18 countries during the week of Feb. 25-March 3, 2021, and queried at least 1,000 consumers in each country. A year after the World Health Organization (WHO) officially declared COVID-19 as a global pandemic, the survey recorded the lowest anxiety levels since April 2020. In addition, safety perceptions improved considerably, however, people reported that pandemic-period habits are likely to remain.

With the continued decline in new COVID-19 cases and a vaccine rollout, anxiety levels in the United States have dropped by 10 percent; worldwide, anxiety is at its lowest level since April 2020. In the United States, those who are vaccinated are 35 percent more likely to plan a flight than those who aren’t vaccinated. Worldwide, 29 percent of consumers feel safe to fly and 37 percent feel safe to stay in a hotel, according to the survey. However, people are balancing near-term optimism with longer-term expectations, and consuming at home and avoiding crowds are habits that are likely to remain after the health crisis has passed, according to Deloitte.

Despite a significant spike in feeling safe to venture from home to go to stores, work, restaurants, and other public places, concern over personal finances continues to accelerate for many consumers, according to Deloitte’s report. More than half (51 percent) of global respondents and 64 percent of U.S. respondents feel safe returning to work. Despite this, across the globe, COVID-19 continues to be the leading driver of anxiety for those surveyed in most countries, followed by financial stress (46 percent) and employment (36 percent), respectively. In the United States, nearly as many surveyed consumers are worried about contracting COVID-19 as they are about their finances (51 percent and 48 percent, respectively). In fact, nearly one-third of global respondents (29 percent) are worried about making upcoming payments, and that number is even higher (36 percent) for those ages 18-34.

While financial stress weighs on consumers, global intent to spend on discretionary items, which had stagnated since last summer, is improving in the United States and Europe, with mixed sentiments in Asia. With the vaccine rollout and the latest round of U.S. stimulus, Deloitte’s analysts expect to see further signs of easing. Three in four U.S. consumers surveyed plan to spend the same or more on apparel and restaurants in the coming weeks.
Signs of optimism are emerging for areas like travel, with vaccinated consumers indicating higher intent to travel and stay in hotels over the next three months. Although leisure travel booking intent continues to improve across all categories, one in three consumers surveyed said they are waiting to take a vacation until after the pandemic.

“The stress of the pandemic is shifting from personal safety to financial security as we turn the corner and vaccinations become more readily available,” explained Anthony Waelter, vice chairman, Deloitte LLP, and U.S. consumer industry leader. “Yet, despite a rise in financial-stress-related anxiety, consumer intent to maintain or increase discretionary spending is also on the rise, demonstrating more confidence in the recovery. With the passing of the stimulus bill recently, and checks beginning to roll out, businesses may very well expect to see consumer spending trends accelerate.”

While across the world consumers are feeling less anxious, some behaviors are not likely to return to pre-pandemic patterns any time soon, according to Deloitte’s survey analysis. Overall, many respondents plan to avoid congregating with strangers and continue to consume at home.

Worldwide, consumers also plan on continuing to work remotely, even post-COVID. When compared to pre-pandemic levels, 43 percent of surveyed consumers believe they will be working more from home, while 18 percent think they will do this less than before.

Moreover, despite overall perceived safety increases, across the world, many consumers still prefer home-centered activities. Almost half (49 percent) of those surveyed plan on continuing to stream more entertainment to their TV after the pandemic. Nearly a quarter (23 percent) feel safe attending an in-person event; 43 percent say they will go to these events less often even after the pandemic, but 15 percent say they are committed to going even more. Around 45 percent of respondents say they will be using public transit and ride-hailing services less often.

One of the strongest indicators of permanent changes resulting from the pandemic is around consumer shopping behaviors: Roughly half of those surveyed indicate they will be doing more shopping online compared to 2019 while about 15 percent plan to do this less. In April 2020, U.S. consumers ranked safety as the number-one reason to use BOPIS (buy online pickup in store) services; however, in Deloitte’s latest survey, safety dropped to fourth replaced by “cheaper and faster than delivery,” suggesting that a permanent trend is taking hold.

“As we begin recovery from this dual-fronted crisis, certain consumer behaviors have permanently changed,” explained Stephen Rogers, executive director, Deloitte Insights Consumer Industry Center, Deloitte LLP. “Consumers won’t necessarily snap back to old habits. As consumers learn more and experience more, we’ll gradually get back to traveling, or mingling among large groups, but it likely won’t be at the pre-pandemic levels. Other shifts are more systemic such as working, cooking and streaming from home, and convenience through online commerce. They are likely here to stay.”