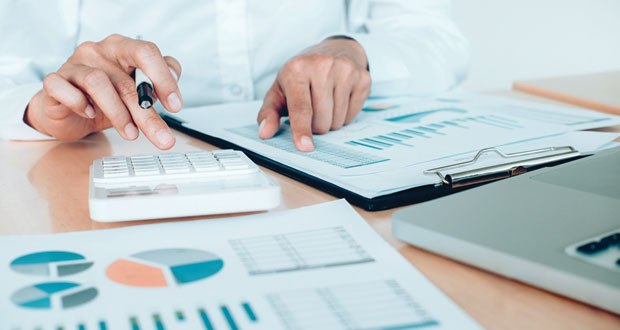 As the pace of revenue growth continues to decelerate for U.S. hotels, the ability of hotel operators to control costs will determine the ability of a property to increase profits from year to year. According to the 2018 edition of Trends in the Hotel Industry, total operating revenue increased by just 2 percent in 2017 for the average hotel in the survey sample. Fortunately, by limiting the growth in operating expenses to 1.9 percent, managers at the Trends properties realized an increase in gross operating profits (GOP) for the year.

Further, within labor costs, it was the benefit component that drove the rise in this metric. In 2017, the combined total of payments made for salaries, wages, service charges, contract labor, and bonuses (payroll costs) increased by 1.8 percent. This is less than the 2 percent rise in payroll-related expenses (i.e., employee benefits). This is a reversal of the recent trend of payroll increases exceeding benefit growth.

To examine how U.S. hotels controlled payroll costs in 2017, we examined the individual components of payroll. The CBRE Trends survey tracks five payroll sub-categories within each operating and undistributed department of a hotel. The sub-categories are consistent with the 11th edition of the Uniform System of Accounts for the Lodging Industry (USALI). They are: Salaries and Wages: Non-Management; Salaries and Wages: Management; Service Charge Distribution; Contract, Leased, or Outsourced Labor; and Bonuses and Incentives. A sixth sub-category is used by CBRE to track other compensation data that is not identified, but this totals just 0.6 percent of payroll costs.

The following summarizes our analysis of the 2017 labor cost data from 4,512 properties in the Trends sample that provided detailed labor cost information in conformity with the 11th edition of USALI. For the purposes of this analysis, we refer to the entirety of non-benefit compensation as “payroll.”

Non-management salaries and wages measured as a percent of payroll were greatest at limited-service hotels (56.4 percent), while management salary and wage payments were the most at extended-stay hotels (21.4 percent). Given the high incidence of mandatory gratuities, it is not surprising that service charge distributions made up the greatest percentage of payroll at resort (4.8 percent) and convention (4.4 percent) hotels. All-suite hotels allocated the greatest percent of their payroll dollars to contracted/leased employees (4.4 percent).

From 2016 to 2017, the payroll component that saw the greatest percentage increase was contract/leased labor (4.2 percent). As noted later in this article, the incidence of hotels using contract/leased labor also rose during the year. Elsewhere in payroll, service charge payouts increased by 1.5 percent, while bonuses and incentives grew by 1.1 percent.

Contract/leased labor is frequently cited by operators as a means to overcome labor shortages and potentially control the rising costs of compensation. In 2017, 46.2 percent of the properties in the study sample reported payments made to contract/leased employees in at least one of their departments. This is an increase from 45.3 percent of properties in 2016.

Among all departments, the greatest use of contract/leased employees in 2017 occurred in the food and beverage (32.2 percent) and rooms (32.2 percent) departments. Staffing levels in these departments vary with business volumes. Therefore, managers have found it more prudent to operate these areas “on demand” with temporary employees.

The aggregate dollar amount of bonus payments increased by 1.1 percent from 2016 to 2017, while the number of hotels that paid bonuses during the year rose by 0.6 percent. The changes in bonus payments are commensurate with the lackluster improvement on the bottom line.

Employees in the sales and marketing (94.1 percent of hotels) and administrative and general (76.7 percent) departments were mostly likely to be paid a bonus. This is consistent with the typical compensation agreements for GMs, as well as sales personnel. Least likely to receive a bonus in 2016 were employees in the other operated and information and technology departments.

The U.S. labor market is very tight, especially in the leisure and hospitality industry. According to the Bureau of Labor Statistics (BLS), the current level of open jobs in the sector equates to 5.3 percent of the total personnel currently employed. This is the highest level since 2000 and indicative of the difficulty hospitality managers are having finding qualified employees. Further, the tight labor market puts upward pressure on salary and wage rates.

Not only is labor the largest single expense within a hotel, it has become the most difficult operational element to manage. The ability of operators to creatively find staff, satisfy employees, improve productivity, and continue to provide quality guest service will go a long way towards maintaining growth in profits.

About the Author
Robert Mandelbaum is the Director of Research Information Services for CBRE Hotels’ Americas Research. Benchmark the seven labor cost components of your property(s) here or by calling (855) 223-1200.