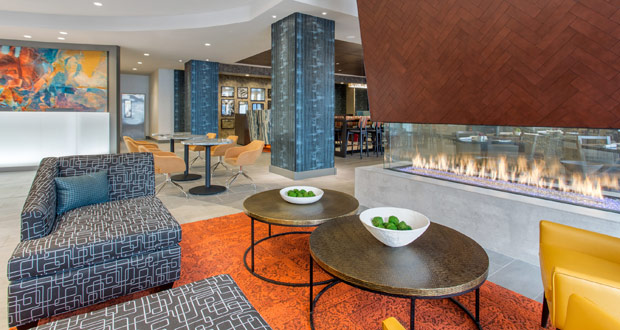 “The Cambria Hotels brand is experiencing tremendous success and our strategy centered on multi-unit development is accelerating the brand’s growth,” says Mark Shalala, vice president, development, upscale brands, Choice Hotels. “Choice Hotels is currently collaborating with Stratus Development Partners on three Cambria hotels in Napa, Calif.; Orlando, Fla.; and Sonoma, Calif. When they approached us about developing five more hotels, we knew it would be a win-win.”

“We have worked with Choice Hotels for several years now and believe strongly in our relationship and that the Cambria Hotels brand is best-in-class in the upscale segment. Stratus has been a part of the Cambria brand’s early growth and this new agreement will expand the depth of our joint effort to fuel the brand’s continued expansion in major markets,” says Andrew Wood of Stratus Development Partners.

“Cambria Hotels is a brand on the move, thanks in part to our collaboration with leading developers as well as Choice’s $475 million in capital support to help grow the brand,” says Janis Cannon, senior vice president, upscale brands at Choice Hotels. “Within the past six months, we have brought Cambria Hotels to some of the country’s top RevPAR markets, such as Asheville, N.C.; Dallas; Nashville, Tenn.; Philadelphia and Phoenix—and we plan to enter more popular cities this year.”