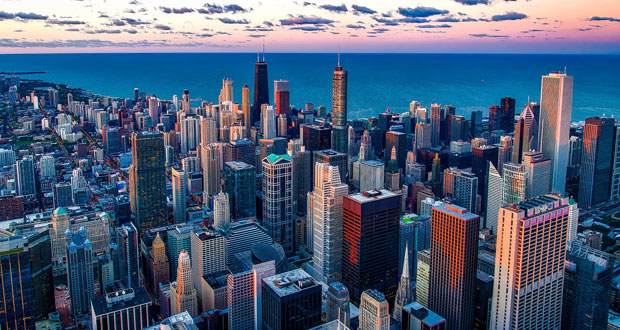 CHICAGO—The number of visitors to Chicago reached 55.2 million in 2017—a new record and 2.5 percent increase over the previous year. With the major increase in leisure visitors to the city, Chicago hotels reported an overall annual increase of 6.3 percent and hotel demand in terms of rooms occupied grew 3.3 percent in 2017.

Choose Chicago also revealed that the city’s tourism industry supported an estimated 146,500 jobs in 2017. Prior to 2011, the city recorded an estimated 124,400 tourism-related positions. The projected 55.2 million visitors to Chicago in 2017 generated an estimated additional 22,000 jobs.

Leisure travel increased strongly in key summer months as hotels reported an increase of 7.4 percent during the four-month period June through September–more than double the growth of the previous summer.

Another key segment generating overnight visitors is the important convention and meetings industry convening at McCormick Place. Of the largest 40 conventions held, 21 achieved increased attendance over their prior year event including 10 that experienced all time attendance records. Seven of the 40 largest conventions broke previous records in terms of the sale of exhibit space.

To build on that progress, the Global Business Travel Association has committed to hosting their Annual Convention in July of 2019 which is the world’s largest business travel event. More than 7,000 business travel professionals from around the world will gather in Chicago at McCormick Square for education, exclusive networking opportunities, and news on the latest innovations in the industry.

“The visitor results and impact is clearly a team win,” said Choose Chicago Board Chair Desiree Rogers. “This is the result of a truly collaborative effort of all partners of Chicago’s visitor and meeting industry. Our goal now will be to harness this momentum and continue to build upon it.”

“The combination of record-setting growth in leisure visitors accompanied by record-setting results from the major conventions that choose to meet here is an outstanding barometer for the overall success of Chicago as a thriving destination,” Choose Chicago President and CEO David Whitaker said. “The impact of the visitor and meetings economy translates into increases in jobs, tax receipts from visitor spending, as well as helping fuel the city’s reputation as not only an amazing place to live, work, and play–but also an amazing place to visit and invest in.”

The positive momentum being generated is also helping fuel industry growth as Chicago opened five new hotels in 2017 with another eight new hotels currently scheduled to open in 2018.