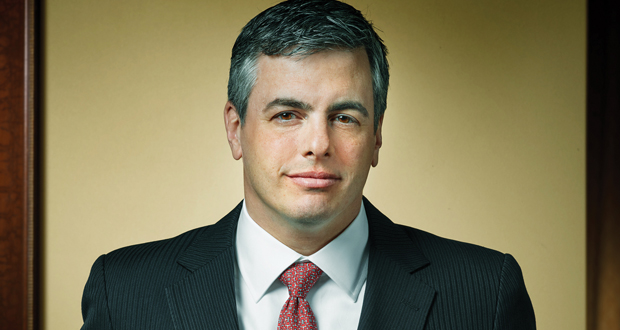 Since his arrival in November 2016, Ashford Hospitality Prime CEO Richard Stockton has transformed the company’s strategy, raised capital, and announced two acquisitions. Stockton, who spent 15 years at Morgan Stanley, now wants to focus all of his attention on the hospitality industry. “I believe I have been able to make a quick impact because I entered a situation that was very entrepreneurial,” says Stockton. “At the same time, I had the support of the staff; we were all pulling in the same direction.” Stockton spoke to LODGING about his transition to CEO, his predictions about the industry’s future, and more.

How was your transition from Morgan Stanley to Ashford Hospitality Prime?
I would say that my transition was like drinking from a fire hose, because I hit the ground running. On my first day, I sat in with investors and talked about the company. Within the first three months, I was able to meet our top 20 investors and visit all of our properties. This introduction allowed me to better understand our investors and develop a good sense of what I thought could be changed. While there are different challenges at Ashford than there were at Morgan Stanley, these two positions are actually not all that different. Throughout the course of my career, I have always sought opportunities that force me to adapt quickly, find solutions to new challenges, and allow me to constantly learn new things.

What were some of your top priorities when you joined Ashford?
One of my top priorities was research, which included meeting with investors, visiting properties, and meeting the on-site teams—from general managers to the sales staff. I wanted to better understand our assets and the markets in which we have a presence. Research very quickly moved to strategy refinement. In January, a press release highlighted the decision—which had the full support of the board—to refocus the company on luxury hotels in an effort to simplify our strategy. RevPAR growth for the luxury chain-scale segment has been higher compared to other chain-scale segments. Previously, there were a number of different ways to describe our strategy, and the rationale was very clear. I worked to simplify the strategy as far as the assets are concerned, and I think the new strategy makes it easier for investors to understand the company and for us to manage it.

Do you think the lodging industry is nearing the end of its current cycle?
I don’t see it that way. I would actually argue that the cycle everyone is asking about is already finished and a new cycle has begun. We didn’t see a recession like we saw in 2007 and 2008 because we have the technology and tools today to avert prolonged economic downturns. Additionally, while the Fed may be ramping up the interest rates, the White House is pushing pro-growth and pro-business policies.

What we have seen since I joined Ashford was a renewed but cautious optimism that is driven by the pro-business presidential administration. The focus on regulatory reform, corporate tax reform, and infrastructure spending have led to greater consumer confidence.

How does your long-term economic outlook influence your approach as CEO?
As CEO, I have an opportunistic and less defensive perspective, meaning that for now we will continue to look at acquisitions and create projections for the future, assuming there will be a healthy economy. That said, we are also focused on a conservative leverage strategy and maintaining adequate liquidity in the event of a downturn. We maintain 10 to 15 percent of our gross debt balance in excess cash, just in case a downturn constrains the debt capital markets and we cannot refinance our debt maturities beginning in 2019. This way, we have the cash to plug the difference and defend our assets. So, while we have an opportunistic viewpoint, we are also maintaining a conservative balance sheet.

Adjustment Pains: JLL CEO Kevin Davis on How Capital Markets are Rolling With the Times

R-E-S-P-E-C-T: Veronica Garcia of Gold Coast Premier Properties Group on What It Takes to Rise Up and Lead