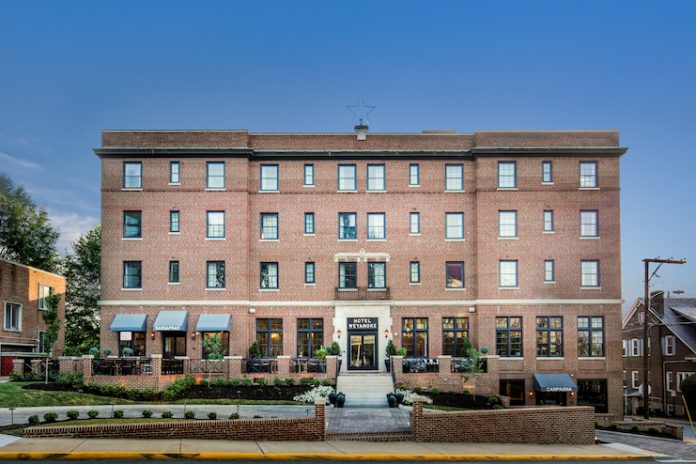 Richmond-based hotel ownership and development group Aoss Ventures said that it chose Charlestowne due to the company’s experience with hotel operations in similar secondary and university markets, expertise with historic buildings, and their tailored, community-focused approach to hotel management. “Charlestowne is invested not just in the financial success of the hotel, but in the growing vitality of the Farmville community and the professional development of our staff,” explained hotel co-owner Ross Fickenscher. “Under Charlestowne’s leadership, I’m confident Hotel Weyanoke will continue to elevate Farmville as a dynamic destination for visitors, students, and residents alike.”

As guests continue to seek out up-and-coming destinations with history and culture, hoteliers are responding by developing properties that preserve the destination’s heritage while introducing luxury, high-end touchpoints. “Across our portfolio, we’ve already seen a significant rise in the interest of smaller, yet active, destinations like Farmville,” said Michael Tall, Charlestowne’s president and COO. “Beyond closer markets like Richmond, Charlottesville, and Lynchburg, our goal is to broaden awareness for Hotel Weyanoke, and the destination as a whole, to travelers across the country.”

Finance Brian Douty - August 3, 2020
For hotels, budget season is the main event of the year—a time when owners and operators battle it out in the ring over next...

AHLA Ellen Meyer - August 3, 2020
Matthew Thompson, a maintenance supervisor at a La Quinta Inn & Suites by Wyndham in Cary, N.C., is pursuing an upward course in the...

Conference Updates LODGING Staff - July 31, 2020
In light of the COVID-19 outbreak and recommendations from public health officials, several industry conferences have announced cancellations or rescheduled dates. The list below...