Can Technology Stop a Towel Thief? 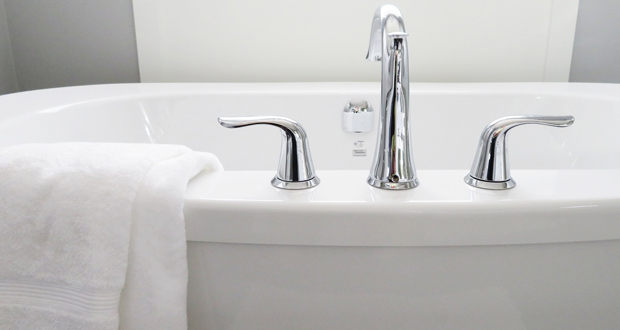 Loss of towels can cost thousands of extra dollars a year. LODGING recently talked with Towel Tracker CEO Matt Cheng about how his company is taking on this problem in the hospitality industry.

How was the Towel Tracker concept invented?
Company founder Steven Molewyk came up with the concept when he was running a commercial Laundromat for the fitness market. A fitness club manager wanted to know how to stop towel theft, claiming that the disappearance of 35,000 towels each month was costing them around $50,000 a year. That inspired him to think up the product, which was equally useful for hotels. He worked with a local company to develop the entire process. It just included a clean dispenser, a dirty dispenser for return towels, and an RFID chip that was put into the towel. By using those basic components, we were able to track movement of towels across the facility.

That’s a lot of money in stolen towels. How many hotels do you have currently operating the Towel Tracker?
I figure we have about 30 hotel clients right now. We have approximately 75 units, and about 50 of them are in hotels, which buy one or two.

How do you go about installing these systems in hotels?
We sell Towel Tracker, which requires a significant amount of integration to work successfully, as a turn-key solution to the hotel. We typically manage our installs either using our own people or subcontractors. It takes somewhere between one and five days to install a Towel Tracker depending on the complexity of the integration. We also like to train the hotel staff on how to use the Towel Tracker and be onsite when the first guests are using the units.

Is it more difficult to integrate this program and machine with some properties than others?
The level of installation difficulty depends on a few different factors, including the complexity of hotel’s lock system, which must be integrated into Towel Tracker. We need to work with and train hotel staff to give them a custom solution in keeping with their specific goals. Many hotels still use key cards that are slid, but others are upgrading to the RFID-based locks that are tapped or scanned.

Like the key cards, what other updates have been added to the software since the company first launched?
One update related to ordering more towels is a direct result of reduced towel loss. In the past, the new towels were getting stolen, so hotel clients would automatically order lots of towels. In the Towel Tracker world, towel usage goes down 66 to 80 percent. We created a different dashboard to tell them when to order towels. We also created an innovation to notify them when the Towel Tracker needs servicing. Previously, people would send their staff out once an hour to make sure guests had towels. In the Towel Tracker world, we actually send the hotel a text message when they either need to add more clean towels to the Towel Tracker or empty out the dirty side so that more dirty towels can be returned. Our system can also manage guests who are delinquent in their towel usage—basically cutting them off until they comply with the policy. Every hotel is different. Some want 24-hour access for their pool towels and others want to turn off access, so we created different access points where the machine would either turn itself off or turn itself back on. We’re also working to enable client to open Towel Tracker using a smart phone.

How can tracking towels make it easier for hotels to do laundry?
There’s a bigger picture to be seen in the amount of waste is related to hotel laundry, including electricity natural gas, detergents going into the environment, the water that’s coming in clean and going out dirty. The first thing that happens when Towel Tracker is installed is the volume of laundry goes down somewhere between 25 to 40 percent. Towel life is extended to 180-200 washings, compared to 30 due to theft.