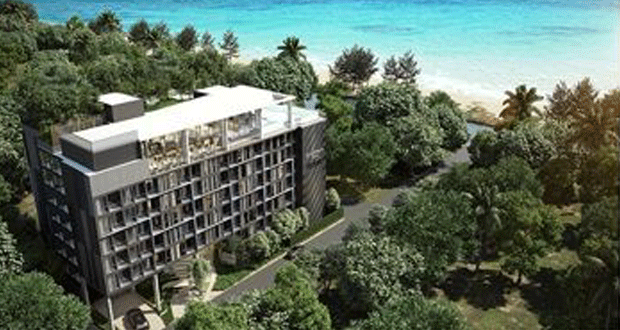 Located just 100 meters from the beach, a few minutes from the attractions of downtown Pattaya, and just over an hour’s drive from Bangkok, BluPhere Pattaya is a brand new property providing 195 apartment-style units ideal for upscale family getaways. The property will retain its existing branding and will be managed by Best Western as part of the BW Premier Collection, its upscale “soft brand”.

BW Premier Collection is a carefully curated portfolio of upscale and luxury boutique hotels, selected for their superior facilities and unique personalities. Like all Best Western hotels worldwide, BW Premier Collection provides their guests with exemplary service and complimentary Wi-Fi throughout their stay.

“Thailand’s tourism industry is in an extremely healthy position. Simply looking at the numbers, Thailand welcomed a record 32.6 million international visitors and generated THB2.52 trillion (US $71.8 billion) in revenues in 2016, which exceeded the initial government targets set at the start of the year,” said Olivier Berrivin, Best Western’s managing director of international operations—Asia.

“But looking beyond the figures, Thailand is creating a strong and sustainable base on which to build its tourism industry in future. The country’s stated ambition of focusing on quality tourists will raise visitor spending, extend average length-of-stay, and build a more prosperous tourism economy for all stakeholders, allowing the Kingdom to continue reaping the benefits of tourism in future.

“In line with this strategy, BW Premier Collection is a great fit for Thailand. Designed for guests who crave individuality, character and local charm, this upscale concept is expanding into some of the world’s most sought-after destinations. We are delighted to bring BW Premier Collection to Asia with BluPhere Pattaya, and to continue our close relationship with the Habitat Group,” Olivier added.

This signing marks the second collaboration between Best Western and Habitat Group, following the Best Western Premier BayPhere Pattaya—another upscale development on Thailand’s Eastern Seaboard, which is becoming one of Asia’s most desirable destinations.

According to the 2016 Mastercard Asia Pacific Destinations Index, Pattaya was the tenth most-visited Asian city last year, attracting 7.3 million international visitors, 25.2 million room nights and US$3.3 billion in visitor expenditure. This makes it Thailand’s third most popular destination, after Bangkok and Phuket.