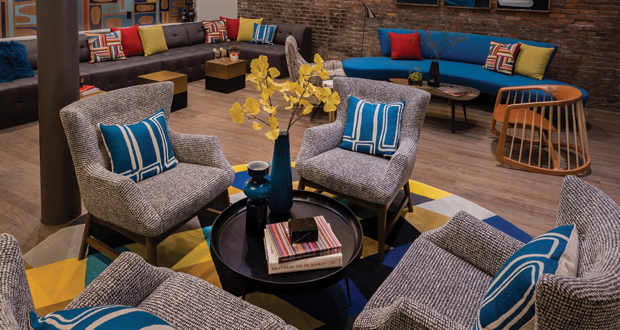 While the city of Salem, Mass., is renowned for the witch trials that took place in the area in the early 1690s, Lark Hotels’ second property to open in the city, The Hotel Salem, draws on a different historical era entirely. Located in the former Newmark’s Department Store, which was a high-end clothing retailer in the 1950s and 60s, The Hotel Salem takes inspiration from the style of that era with design accents that include antique cameras, abstract photos of the building itself, and wall hangings depicting items that could have been sold at Newmark’s decades ago. 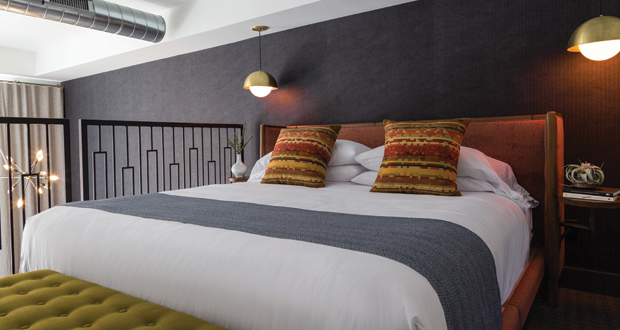 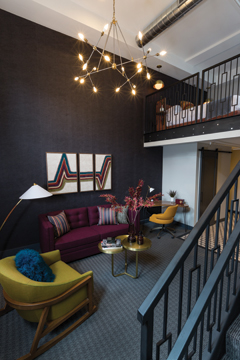 The hotel’s traditional midcentury design, including 16-foot ceilings and the building’s original windows, blends with modern décor to create an elegant atmosphere in both the guestrooms and common areas. Jewel and gold-tones add highlights to white walls and natural wood furnishings. The Hotel Salem’s guestrooms range from king-sized accommodations to suites that comfortably fit four.

There are two in-house restaurants, both of which are managed by executive chef Justin Perdue. Counter, an indoor restaurant open for breakfast, lunch, and dinner, serves contemporary American and simple New England dishes that emphasize each ingredient’s simplicity. The Roof, on the fifth floor, will be Salem’s only rooftop bar when it opens this spring; it will offer casual cocktails and appetizers including tacos, guacamole, and oysters.