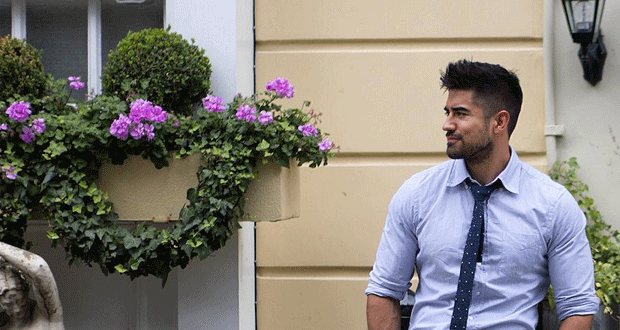 Jeremy Jauncey’s Beautiful Destinations is on the cutting edge of social media-driven advertising. The company uses authentic images, taken by real travelers, to represent brands and destinations online—namely on Instagram—rather than the more traditional route of using specifically-created marketing materials to promote a specific property or product.

The company launched when Jauncey began featuring the work of friends who were traveling around the world and taking beautiful photos on his Instagram. “I always credited them in the caption and celebrated their work,” he says. Since Jauncey’s friends were not social media experts, the images were more natural and engaging. “My vision was for Instagram to become the destination for travel inspiration and discovery on social media and to build a community of travel enthusiasts that would create, share, and appreciate high-quality visual storytelling,” Jauncey describes. With such a vision, his creative process begins with the compelling imagery, rather than a focal point for a company’s product.

With such a unique business plan, Beautiful Destinations quickly took off, with its social media following skyrocketing past one million, two million, even 10 million. “Now, we are the award-winning creative agency behind the largest travel and lifestyle community on Instagram, Facebook, and Snapchat. We have more than 12 million followers in 180 countries and we’ve become the source of daily inspiration for millions of people around the world,” Jauncey describes.

Originally planning to only operate within the travel industry, Jauncey and Beautiful Destinations have since expanded their Instagram portfolio with Beautiful Hotels, Cuisines, Matters, Apparel, and Menswear, and launched the BDestinations and BCuisines Snapchats.

Through hard work, ingenuity, and a responsiveness to the social climate, Jauncey has established himself as a leader in new-age advertising and has situated himself to provide content to a variety of service and product providers. Future plans include adding 360-degree video, virtual reality, and incorporating any new social platforms as soon as they hit the scene.

“As each social media platform continues to evolve, we’re identifying best practices for the brands we partner with. For example, Snapchat is best for capturing live, behind-the-scenes content in a raw format, while Instagram’s new ‘Story’ feature gives you the ability to curate a multi-dimensional story with images and videos that were previously captured or captured in the moment. We’re using both with our partners.” Jauncey says. By putting the emphasis on the stunning visuals and beauty culled from his coterie of photographic enthusiasts, audience engagement is constantly climbing and product association is experienced in a more positive and emotional way.

AHLA LODGING Staff - November 23, 2020
WASHINGTON, D.C.—As the holiday season approaches, American travelers have an abiding desire to travel, even as the country navigates the challenges of the pandemic,...

Conferences and Events LODGING Staff - November 23, 2020
In light of the COVID-19 pandemic, several hospitality industry conferences have postponed or gone virtual with events, while others are moving forward with their...