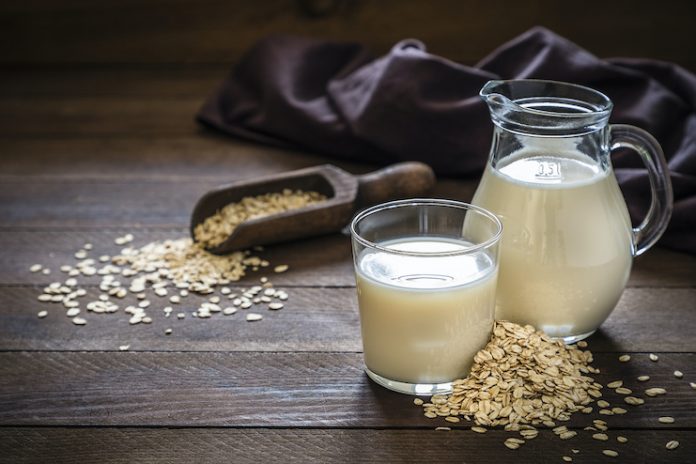 When it comes to food and beverage trends, the growing demand for plant-based dishes is among the biggest shifts of the past several years. A notable part of this movement is guests’ increasing preference for plant-based milks and creamers—a category that, in and of itself, is evolving. While almond milk remains the most popular plant-based milk, oat milk is a rising favorite, recently surpassing soy milk as the second-highest-selling plant-based milk in the United States, with sales increasing more than 300 percent in the year preceding September 6, 2020, according to data from SPINS.

The steady climb in demand for oat milk is a trend that several hospitality companies saw coming last year. In September 2019, Benchmark released its Top Dining Trends for 2020, as observed by executive chefs and culinary experts across the company’s 80 luxury hotels, resorts, and restaurants. Plant-based alternatives to meat and dairy products, in general, ranked second on Benchmark’s list, and oat milk ranked sixth as a stand-alone trend. “Oat milk has emerged as the golden child of all the alternative milks,” Benchmark noted in its report. “It’s terrific in coffees, and baristas can barely keep it in stock. So it makes sense that companies are piggybacking off its success and launching other oat milk products as alternatives to dairy to help minimize the environmental impacts associated with animal husbandry.”

Just months after Benchmark released its report, Kimpton released its sixth annual Culinary and Cocktail Trend Forecast for 2020 based on a survey of more than 130 chefs, sommeliers, general managers, and bartenders from over 75 Kimpton restaurants and bars. Chief among these findings was that diets once considered “alternative,” like dairy-free and veganism, have become the norm. Nearly a third of the chefs surveyed for the forecast agreed that it’s no longer adequate for restaurants to list just one or two gluten-free, dairy-free, vegetarian, vegan, and keto options on their menu. Kimpton also highlighted oat and hemp milks, which its survey respondents predicted would continue to dominate menus alongside nut-based, dairy-free cheeses—for instance, in “creamy cashew cheese alfredo sauces, plant-based burgers topped vegan cheese, oat milk honey lavender lattes, and vegan breakfast quesadillas filled with nut-based cheese, veggies, and tofu.”

While COVID-19 upset most hotel industry forecasts for 2020, guest preferences around food and beverage have not changed dramatically. If anything, people in the United States have sought more plant-based foods this year; in May 2020, the Plant Based Food Association released data from SPINS showing U.S. retail sales of plant-based food sales outpaced total food sales during a period of time marked by stay-at-home orders for many across the United States. Consumer demand for oat milk, specifically, is expected to grow even further; research released in April 2020 by Global Market Insights, Inc., estimates the global oat milk market will surpass $490 million by 2026, boosted by a “rapid shift from traditional milk products and increasing adoption of vegan alternatives.”

As travelers gradually venture out once more and return to hotels, guests will be looking for the products they are used to enjoying in their own homes and ordering meals that align with their dietary preferences. Whether stocking grab-and-go marketplaces or planning menus, hotel staff are taking note of consumer trends like the rise of oat milk.