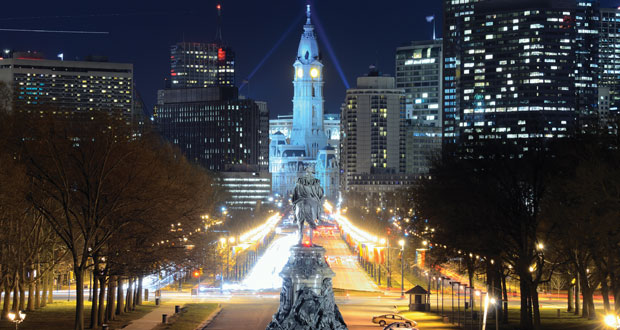 The American Hotel & Lodging Association released a study in January providing a detailed analysis on the rise of commercial short-term rental activity taking place in 14 cities between October 2014 and September 2015, conducted by John O’Neill, Ph.D., professor of hospitality management and director of the Center for Hospitality Real Estate Strategy in the School of Hospitality Management at Penn State University. AH&LA released a new report yesterday focusing on commercial operators in the Philadelphia metropolitan area.

According to O’Neill, multi-unit operators accounted for 15 percent of hosts in Philadelphia, and the study found that 57 percent of Airbnb’s regional revenue is generated from commercial operators who list their units for rent 180 days or more each year, totaling more than $8 million. “These are not just occasional renters or individuals simply making some extra money with sharing their homes,” O’Neill explains.

The study also revealed that 27 percent of hosts listed their properties full time, accounting for nearly $4 million of Airbnb’s revenue in the Philadelphia area. Additionally, the study discovered that five Philadelphia zip codes with the most properties listed in Airbnb generated more than $7 million for the company, which is nearly half of Airbnb revenue in the Philadelphia metropolitan area. The study found that the zip code with the most hosts and units to rent was 19103, which includes the Rittenhouse Square neighborhood. “The Airbnb listings in this neighborhood generated over $3.4 million,” O’Neill says. “It’s clear the majority of Airbnb’s inventory is run by commercial activity. In many cases they are running illegal hotels, and are not exempt from the same laws that even the smallest of legitimate bed and breakfasts adhere to.”

EVEN Better: Raul Ortiz on New Prototype for IHG Brand

Hilton and Voyager Announce Partnership for Stays in Space

Brands Christine Killion - September 30, 2022
Since announcing its rebrand in March 2021, Raines, a hospitality management, development, and investment group that operates in the Southeastern United States, remains focused on growing...

Technology Alexander Perovich - September 30, 2022
Technology continues to push businesses forward toward increased efficiency. The ongoing integration of now-ubiquitous cloud networking and storage has changed not only the way...