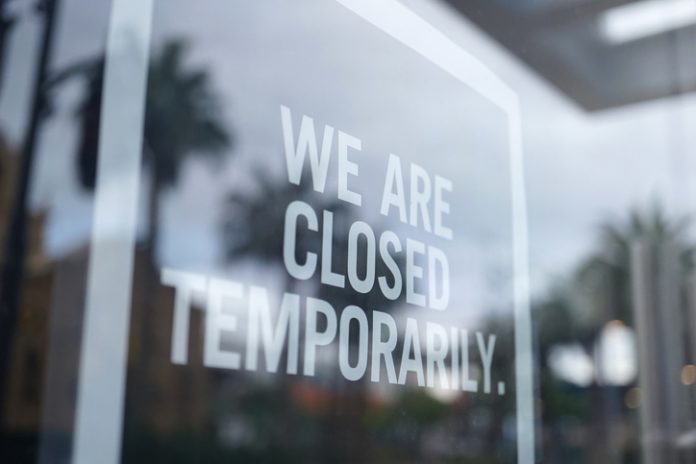 WASHINGTON, D.C. — The American Hotel & Lodging Association (AHLA) today released a state-by-state breakdown revealing the effects of COVID-19 on the hotel industry and the millions of jobs it supports. The report also estimates hotel closures and additional job loss if Congress does not pass a COVID-19 stimulus bill extending PPP loans and/or expanding the Main Street Lending program. Some of the hardest-hit states include California, Florida, Texas, and New York.

Prior to the pandemic, hotels supported 1 in 25 American jobs—more than 8.3 million in total, according to AHLA. A recent AHLA member survey, conducted September 14-16, 2020, found that if Congress fails to pass another COVID stimulus bill, 74 percent of hotels would be forced to lay off additional employees, and two-thirds of hotels (67 percent) would not make it another six months.

“It’s time for Congress to put politics aside and prioritize American workers in the hardest-hit industries,” said Chip Rogers, AHLA president and CEO. “Hotels are cornerstones of the communities they serve, building strong local economies and supporting millions of jobs. Thousands of hotels across America are in jeopardy of closing forever, and that will have a ripple effect throughout our communities for years to come. It is imperative that Congress act now before leaving town, or thousands of small businesses and the jobs associated with them will be lost. The American people cannot wait for relief. Congress needs to act now.”

In the chart below, the pre-COVID and September 2020 job loss figures are based on Oxford Economics analysis. The potential job loss is an AHLA analysis estimating the impact if Congress doesn’t extend PPP loans and enhance the Main Street Lending program. Hotel closure and foreclosure figures are based on the AHLA member survey from September 2020. 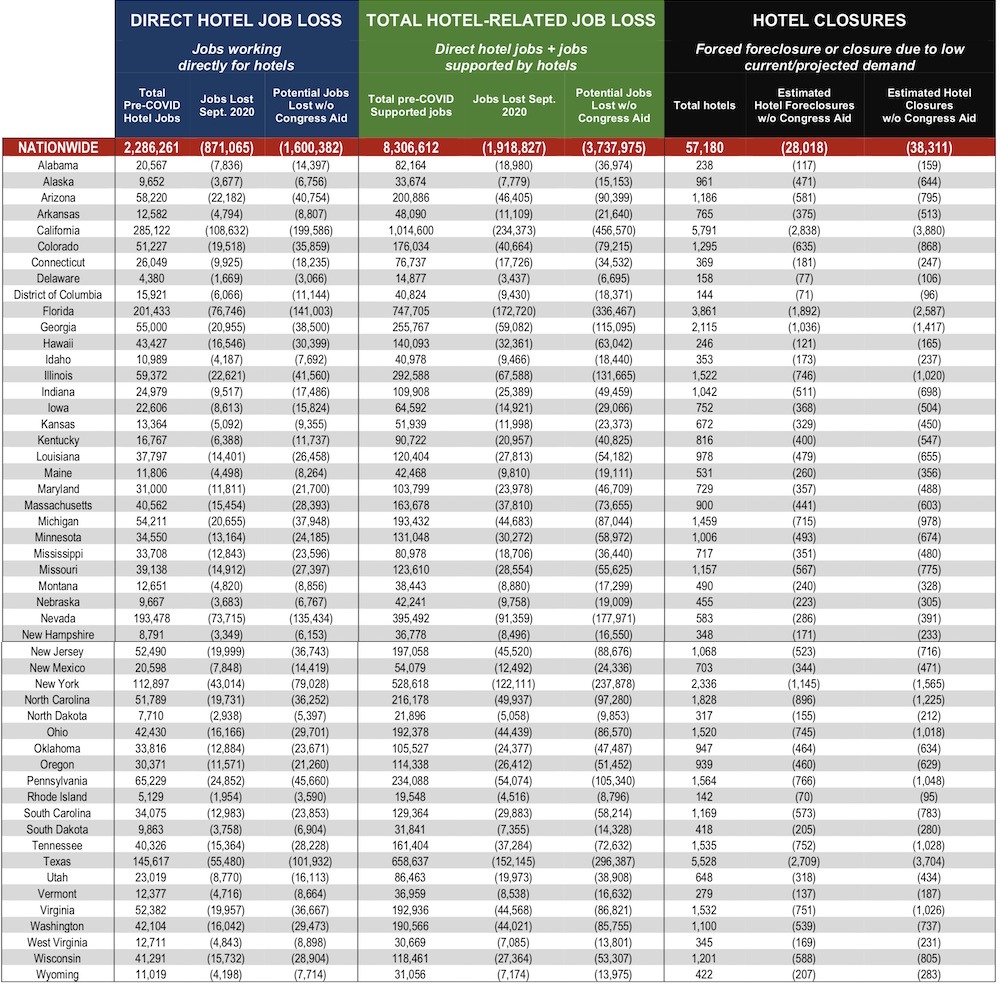