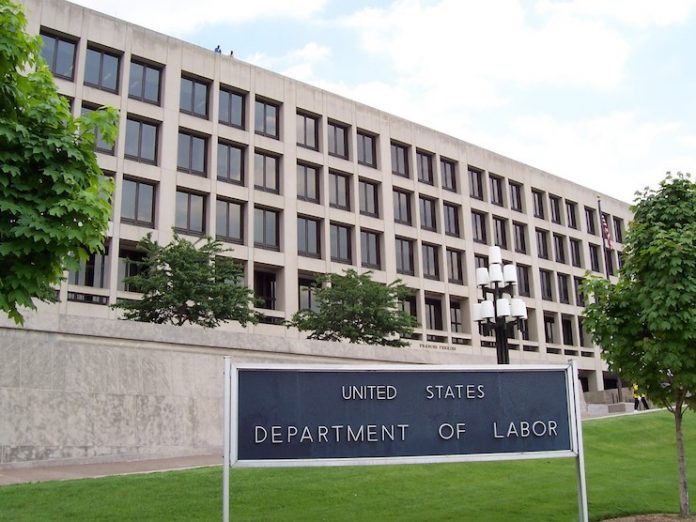 WASHINGTON, D.C.—Last week, the U.S. Department of Labor announced a Notice of Proposed Rulemaking (NPRM) that would make more than a million more American workers eligible for overtime.

Under currently enforced law, employees with a salary below $455 per week ($23,660 annually) must be paid overtime if they work more than 40 hours per week. Workers making at least this salary level may be eligible for overtime based on their job duties. This salary level was set in 2004.

This new proposal would update the salary threshold using current wage data, projected to January 1, 2020. The result would boost the standard salary level from $455 to $679 per week (equivalent to $35,308 per year).

DOL is also asking for public comment on the NPRM’s language for periodic review to update the salary threshold. An update would continue to require notice-and-comment rulemaking.

In developing the proposal, DOL received public input from six in-person listening sessions held around the nation and more than 200,000 comments as part of a 2017 Request for Information (RFI).

“Our economy has more job openings than job seekers and more Americans are joining the labor force,” said Secretary Alexander Acosta. “At my confirmation hearings, I committed to an update of the 2004 overtime threshold, and today’s proposal would bring common sense, consistency, and higher wages to working Americans.”

“Commenters on the RFI and in-person sessions overwhelmingly agreed that the 2004 levels need to be updated,” said Keith Sonderling, acting administrator for the Department’s Wage and Hour Division.

The NPRM maintains overtime protections for police officers, firefighters, paramedics, nurses, and laborers including: non-management production-line employees and non-management employees in maintenance, construction, and similar occupations such as carpenters, electricians, mechanics, plumbers, iron workers, craftsmen, operating engineers, longshoremen, and construction workers. The proposal does not call for automatic adjustments to the salary threshold.

A 2016 final rule to change the overtime thresholds was enjoined by the U.S. District Court for the Eastern District of Texas on November 22, 2016. As of November 6, 2017, the U.S. Court of Appeals for the Fifth Circuit has held an appeal in abeyance pending further rulemaking regarding a revised salary threshold. As the 2016 final rule was enjoined, the Department has consistently enforced the 2004 level throughout the last 15 years.

Industry News Ellen Meyer - May 10, 2021
Charlestowne Hotels has faced a lot of changes since beginning as owner/operators of mainly branded hotels in the Charleston, South Carolina, area. Now butting...

Finance LODGING Staff - May 10, 2021
HENDERSONVILLE, Tennessee, and MILWAUKEE — The Baird/STR Hotel Stock Index rose 3.2 percent in April to a level of 5,297. Year-to-date through the first...