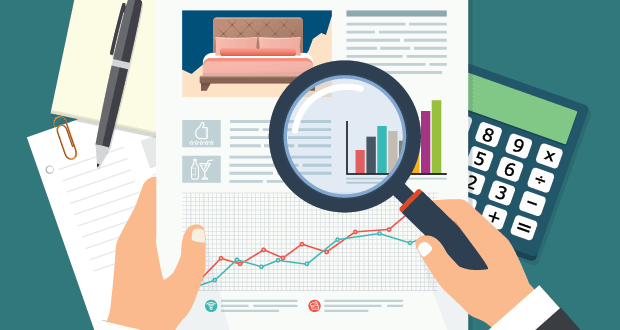 Changes in rooms revenue per available room (RevPAR) and RevPAR penetration receive a lot of attention from hotel managers. Obviously, this is because renting guestrooms is the major source of revenue across all property types in the United States. According to the 2016 edition of Trends in the Hotel Industry, rooms revenue averaged 68.1 percent of total operating revenue in 2015. This metric exceeds 97 percent at limited-service and extended-stay hotels. Alternatively, rooms revenue comprises only 51.8 percent of total revenue at resorts.

Labor Intensive
Per the Uniform System of Accounts for the Lodging Industry (USALI), representative expenses assigned directly to the rooms department include items such as labor costs, the cost to launder linens, guestroom supplies, reservation system expenses, travel agent commissions, and complimentary food and beverage.

By far the greatest expense within the department is labor. Personnel within the rooms department consist of room attendants, laundry workers, front desk clerks, bellmen, reservationists, and concierges. In 2015, the combined cost of salaries, wages, and benefits for these positions equaled 61.3 percent of total rooms department expenses.

As expected, convention, resort, and full-service hotels have the highest percentage of labor costs measured against department revenue. These properties offer the most extensive levels of services and amenities, and therefore have the greatest staffing levels. Conversely, extended-stay hotels achieve the lowest labor-to-revenue cost ratio because they only service guestrooms periodically and have lower volumes of check-ins and check-outs.

Despite the extensive array of expenses and high dependency on labor, rooms departments are very profitable. The properties in our study sample averaged a department profit margin of 74.5 percent in 2015. This ranged from 71.3 percent at convention hotels to 81.3 percent at the extended-stay properties.

The Other Expenses
RevPAR for the study sample increased at a compound annual growth rate (CAGR) of 1.6 percent from 2007 to 2015. Unfortunately, total department expenses increased by a CAGR of 2.5 percent during the same period. Therefore, department profits grew at a CAGR of just 1.3 percent.

While labor is the largest expense within the rooms department, over the past eight years it has been the other rooms department expenses that have subdued the ability of management to increase profits. During the past eight years, labor costs measured on a per available room basis increased at a CAGR of 2.1 percent, but the combined cost of all other department expenses grew by 3 percent. This same pattern holds true when measuring these same items on a dollar-per-occupied-room basis. Labor costs within the rooms department tend to be more variable compared to other departments. Management can vary the schedules of housekeeping, laundry, front desk, and bell staff personnel with fluctuations in occupancy. Going forward, however, controlling labor costs will be more challenging as occupancy levels remain near all-time record levels and salary and wage rates increase.

The rise in the other department expenses may be partially explained by increases in brand standards. Over the years, we have heard from our clients that the hotel brands have raised their standards for items like bedding and linens, in-room gratis coffee and water, and complimentary breakfasts. Further, the commissions paid to third parties have increased given the proliferation of online travel agencies.
With expenses growing at a greater pace than revenues, rooms department profit margins for the subject sample in 2015 (74.5 percent) were below 2007 levels (76.3 percent). The only property type able to improve their profit margin during this period was all-suite hotels.

Challenges in the Future
CBRE Hotels’ Americas Research’s December 2016 edition of Hotel Horizons is forecasting RevPAR gains of less than 3 percent from 2017 through 2019. Facing modest growth in rooms revenue, hotel managers will be challenged to maintain growth in rooms department profit levels and profit margins. Given the link to overall hotel profitability, hotel owners and operators need to pay attention to rooms department expenses, not just RevPAR.

About the Authors
Robert Mandelbaum (director of Research Information Services) and Gary McDade (senior research analyst) work in the Atlanta office of CBRE Hotels’ Americas Research. To purchase a copy of Trends in the Hotel Industry, please visit https://pip.cbrehotels.com, or call 855-223-1200.