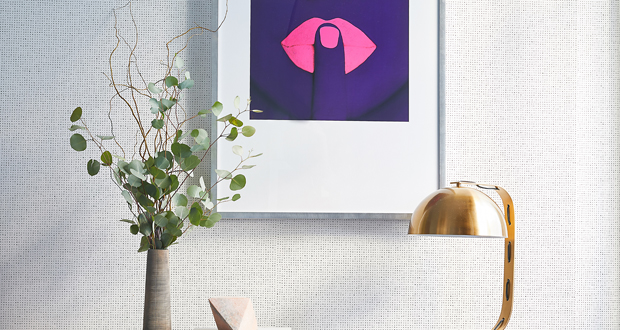 The new design draws inspiration from the architectural landmark’s Art Deco bones, with modern upgrades for a timeless appeal. A phased renovation of the 177 guestrooms, including eight suites, will be completed in late June 2017. Guestrooms will have custom furnishings, a palette of fresh neutrals, and ecclectic accents to infuse a sense of sophisticated glamour into the layered, residential feel of the space. Highlights include small-scale pointillist irregular dot wallpaper, painterly expressionist carpeting in warm tones, marble-topped desks, warm wood venetian blinds to suit the era of the space, and “splattered” antiqued mirrored surfaces. Headboards vary from room to room, featuring one of two strong designs–roll-tufted or cocooned Hollywood wrap-around styles–both in a rich, silvered grey complementing crisp white linens. The subtle palette is accented by invigorating, contemporary works of art hung throughout each room, providing bold pops of color with abstract pieces, photography, and geometric prints. The design scheme continues into the bathrooms, with grey Paul Klee-inspired mosaic tile, textured ebony wood, clean white surfaces, and windows flooding natural light.

The hallway wallpaper was specifically designed to reference key San Francisco landmarks in geometric patterns (think: Union Square and Lombard Street), resulting in an abstracted work of art in tones of textured oatmeal and light oyster grey. Throughout the entire property, key elements of the original building are restored and honored–from the historic elevator banks, to the pristine 1900s-era marble staircase and original cast iron railing that runs the height of the building.

The final phase of the renovation–the entrance, lobby, and mezzanine–is slated for completion in early 2018. Upgrading the entry way with a marble tile floor, the lobby opens into an expansive living room soaring two stories in height, inclusive of a mezzanine floor. BAMO will polish the residential setting with organized seating areas in plush materials with task lighting and patina’d carpeting in bold hues of charcoal and brandy. Historic photos will hang on light and creamy walls and molding will be added to provide architectural structure to the soaring walls, accented with antiqued mirrors to draw the eye skywards. Key points of impact will include a mural on the upper wall referential of the city, modernist floral wallpaper leading up the stairway, central fireplace, brass lighting and bar carts.

The renovation will additionally activate two new spaces: the mezzanine and back-bar. Custom perched seating will overlook the lobby lounge, with a large-scale photograph on the back wall. Connected to Gaspar Brasserie, the restaurant and bar will service guests seated in the new mezzanine, providing a lobby bar and social setting for guests and locals. On the lobby level, a closeted back-bar will open to reveal a “jewel box” of a crystalline bar where daily “Martini Hour” will be held, nodding to the hotel’s historic role in the birth of the classic cocktail. A refresh of the hotel’s more than 2,000 square feet of meeting space is also slated for 2018.

The Galleria Park Hotel is built upon the site of the former Lick House, recognized as the country’s finest hotel west of the Mississippi when it opened in 1863, and the Occidental Hotel, described as “heaven on a half-shell” in Mark Twain’s novel Roughing It. Both properties reigned as San Francisco’s Grande Dames until they were destroyed by the 1906 earthquake and fire. Their prime location gave birth to the Hotel Sutter, today’s Galleria Park Hotel, in 1911. It was at the Occidental Hotel in the early 1860s that “The Martinez” was bor –later to become the “Martini”–created by bartender Jerry Thomas for an itinerant miner on his way to Martinez, California. During prohibition in the 1920s, the Hotel Sutter operated a lavish speakeasy with a mosaic floor, remnants of which can be found in the current garage of the Galleria Park Hotel. The Hotel Sutter was renamed the Galleria Park Hotel in the 1980s, in time to host prominent politicians in San Francisco to attend the 1984 Democratic Convention. Leap to 2007 when Joie de Vivre completes a $7.1 million renovation and it becomes one of the first hotels in the city to receive Green Certification. A $4 million renovation followed in 2013, leading to its current iteration, again worthy of redesign and restoration.