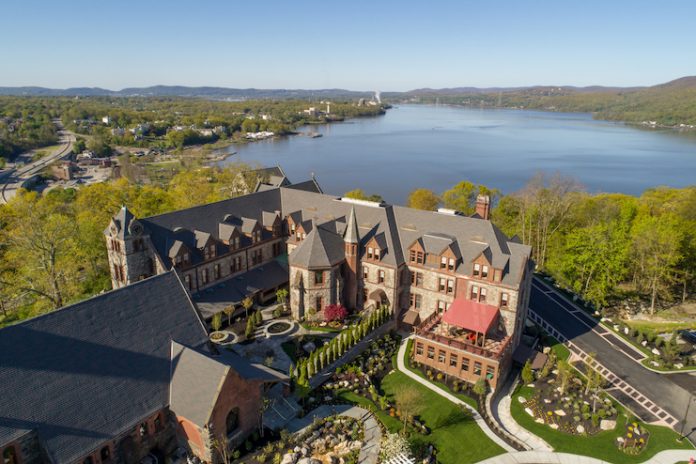 Peekskill, N.Y. — The Abbey Inn & Spa has opened in New York’s Hudson Valley. Set within the former convent of the Episcopal Sisters of Saint Mary’s, The Abbey Inn & Spa has been repurposed through an extensive renovation into Peekskill’s first luxury address. The full-service boutique hotel has 42 guestrooms, a contemporary American restaurant, Apropos, The Abbey Inn Spa, a fitness area, and more than 5,000 square feet of event space for indoor and outdoor meetings and social gatherings.

Developed and designed by Martin Ginsburg, founder and principal of Ginsburg Development Companies (GDC) and managed by Hay Creek Hotels, the Abbey Inn & Spa has aged granite and brick exteriors from the former convent, reconfigured interior spaces, and two chapels transformed into function spaces. Many of the 42 guestrooms have distinctive ceilings shaped by the convent’s original roof or window casements. Guest rooms are styled in tones of cream and brown, with contemporary furniture and furnishings, local artwork, and more. 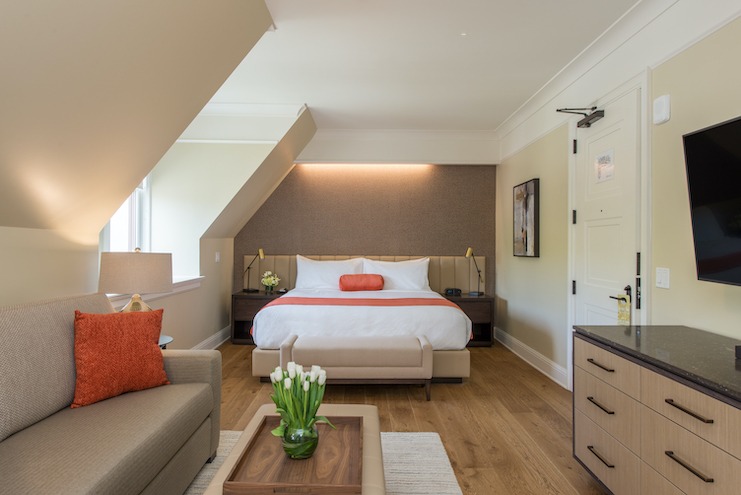 The Abbey Inn & Spa occupies former convent buildings once inhabited between 1872 and 1963 by the Community of St. Mary—said to be the oldest Episcopal religious community in the United States. The property adjoins 65-wooded acres of Fort Hill Park—a strategic supply hub and industrial center for the Continental Army during the Revolutionary War in the late 1700s—including Peekskill’s “Battle for Fort Hill” in March 1777.

The Abbey Inn & Spa’s lobby includes an exhibition of Revolutionary-era items excavated from Fort Hill. A book on the history of Fort Hill by John Curran, a former historian for the city of Peekskill, is provided in each room to key guests into the narrative surrounding them. 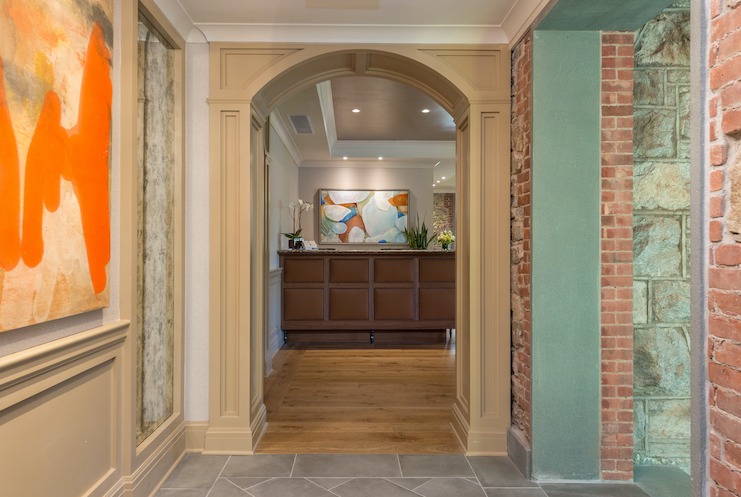 Other historic elements have been preserved throughout the property, including the exterior chapel and convent building, originally designed by Brooklyn-born architect and founder of the New York Ecclesiological Society, Henry Martyn Congdon; a Roosevelt pipe organ created by Sculptor Joseph Sibbel and donated to the Abbey in 1894; and a 1,000-pound bell installed in 1902 that can still be rung today in celebration of weddings and other special events.