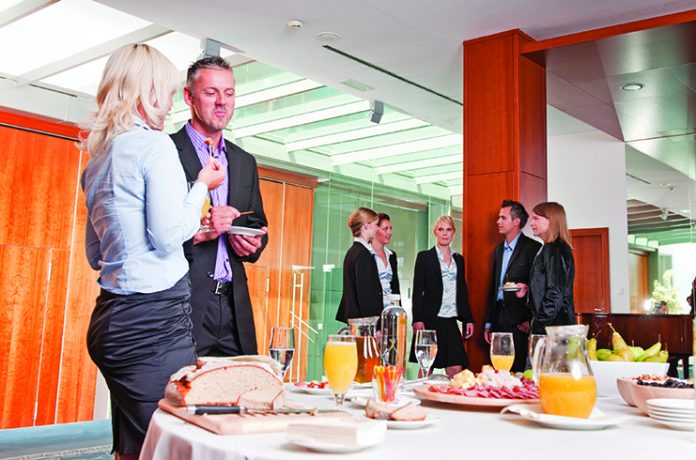 As industry recovery has progressed, the focus has been less on overall performance metrics and more on the detailed demand composition of recovery. Transient demand has led the way through the past two years, hovering between 80-95 percent of 2019 levels for the past 12 months. Group demand, on the other hand, has been uniquely impacted in this downturn, not solely by financial concerns, but by health risks and limitations on gatherings. For many hotels that rely heavily on group demand, there can be no true recovery until that demand type returns.

Transient demand has historically produced a higher average daily rate (ADR) than group business. In prior cycles, that pricing premium contracted to less than 5 percent during downturns and grew to over 15 percent during upcycles. The contraction during downturns was because transient ADR fell at a greater rate than group ADR. For example, during the Great Recession, transient ADR fell 18 percent from pre-downturn levels. At the same time, group ADR fell only 10 percent. The transient pricing premium shrank to under $4, compared with nearly $30 pre-recession.

The COVID-19 pandemic-induced downturn and recovery has represented a divergence from this trend. While there was a short period where transient ADR premium shrank to less than 10 percent, transient ADR quickly rebounded and exceeded pre-pandemic levels, with the pricing premium growing to nearly 33 percent—the highest on record. On the other hand, group ADR suffered much more during the pandemic than in previous downturns, dropping 30 percent from pre-pandemic levels, while transient ADR declined only 18 percent. As of March 2022, transient ADR was $50 higher than group ADR. Not all group demand has suffered equally in the pandemic and recovery. While weekday groups, such as conventions, were slow to return, more leisure-driven weekend groups like weddings have seen a quicker recovery. Weekend group occupancy has exceeded weekday group occupancy in all but two weeks since June 2020. That was true in less than half of all weeks in 2019. Weekend group ADR has led, too, exceeding weekday group ADR in almost three-quarters of weeks since June 2020, compared with 20 percent of the time in 2019.

However, March and April 2022 have shown the strongest signs of weekday group recovery thus far. While there was some hope that conventions would return in fall 2021, weekday group demand indexed to 2019 remained below 70 percent for all but two weeks of the autumn up to Thanksgiving. For March and April 2021, the weekday group demand index exceeded 70 percent and reached a post-pandemic high (excluding holiday impacts) of 90 percent in the last week of April. The strength in this demand type going into the spring and summer is positive news for cities that have been struggling without a key part of their demand mix.

Hannah Smith is a Senior Consultant at STR.