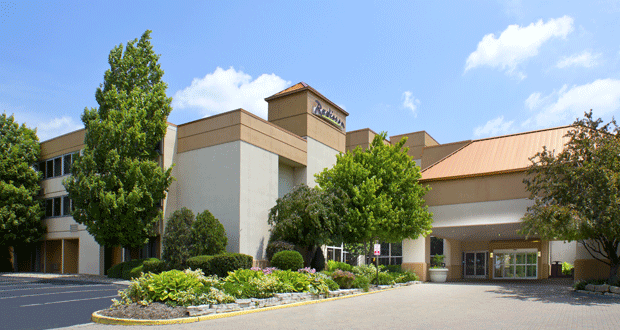 Merrillville, Ind.—The Radisson at Star Plaza and the adjacent Star Plaza Theatre complex, which has been an icon of the Merrillville community and Northwest Indiana for decades, will be permanently closing its doors in the coming months to make way for a new complex at the intersection of I-65 and US 30.

This complex, managed by White Lodging Services since the company’s inception in 1985, has been an integral part of the community since 1969, when it opened as a Holiday Inn. The move is being made to provide for the development of a new, state-of-the-art hospitality, meeting, and training facility along with a full service nationally branded upscale hotel scheduled to open late summer 2018.

“The decision to close the Radisson and Star Plaza Theatre was carefully analyzed and not taken lightly. As part of this community—and even more as a part of the White family—I know what the property has meant to all of us,” stated founder Bruce White, chairman and CEO, White Lodging. “However, when we looked at the enormously positive impact the new facility can have on the area, we realized this would be the logical, next chapter of my father’s dream. And, this new chapter and fresh look will help put Northwest Indiana on the right track to attract new visitors and groups as well as new jobs and opportunities for the community.”

“The South Shore CVA has helped host hundreds of thousands of visitors at the hotel, conference space and theatre,” said Speros Batistatos, South Shore CVA’s president and CEO. “Personally, I am deeply saddened, as I started my career at the (Holiday) Star Theatre more than three decades ago. The proposed changes will create new opportunities for the region and our organization is excited to see the growth of our destination. With the changes, the CVA is poised to stay competitive in the sports, convention, business and leisure travel market.”

Originally known as the “Holiday Star,” the Radisson at Star Plaza was the brainchild of Dean White, the father of White Lodging’s founder Bruce White. The hotel and its restaurants, as well as the adjacent theater, turned the I-65 and US 30 interchange in Merrillville into a retail and hospitality mecca.

The intimate 3,400 seat theatre was opened in 1979 and proved to be a key stop for hundreds of A-list performers and shows who entertained hundreds of thousands of northwest Indiana and greater Chicagoland residents. The theatre’s 37-year legacy will end after its current season ends April 30, 2017.

When the company began exploring the process of redeveloping the hotel site, it discovered the existing structural challenges of the hotel also impacted the theatre. In addition, the footprint of the new project will not allow enough space to rebuild the theater.

“I sat down with ownership,” said Charles Blum, president and CEO of Star Productions, the entertainment division of White Lodging, “and we all concluded that to rebuild the theatre, and rightfully increase the seating capacity, would not only be cost prohibitive, but ultimately would not fit on the revised property site.

”Although the theatre represented a small part of Star Productions, it is a huge part of our community and of my life and my dedicated team.”

Blum said Star Productions has already been rapidly expanding the artist management division along with national television production and major artist/event producing at venues all across the country, and will continue to do, even with the closing of the theater.

The announcement marks the beginning of a new chapter in hospitality for the Northwest Indiana region.

“None of us would be here, and White Lodging would not be the company it is today if it was not for our first venture into the hospitality arena with the Radisson Hotel Star Plaza. It is truly the birthplace of our company,” said Dave Sibley, president and CEO of the hospitality management division of White Lodging.

Company management is keenly aware of the short-term impact the closing will have on the community and employment, As a result, White Lodging will be implementing the following steps:

Provide the 140 Radisson associates a separation package to include options to transfer to other local White Lodging properties as well as relocation opportunities throughout the country. There will also be positions available in the new facility when it opens its doors. Additionally, it will continue the organization’s long-term support of charitable giving that the property has been tied to for decades.

“Having started my career as a line cook at the Holiday Inn in the 1980s, I can assure you White Lodging has been working diligently to ensure that the associates, their families, and the community are supported during this transition,” said Deno Yiankes, president and CEO Investments and Development Division, White Lodging. “Our investment in the community will not only continue, but grow with this announcement. We are excited to turn the page on this next chapter together by bringing a new upscale hotel that will serve the community for generations to come.”