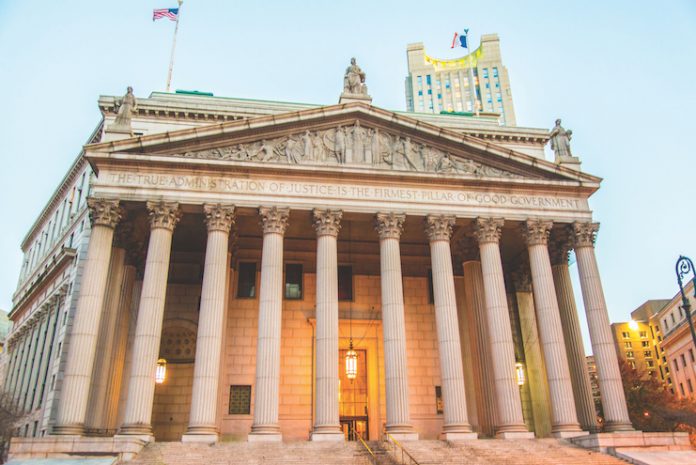 On October 8, a disastrous New York City law went into effect that threatens the future of hundreds of hotels and thousands of jobs.

At a time when more than 200 New York City hotels have already closed and many others are on the verge of bankruptcy, Mayor Bill de Blasio signed into law the so-called “Severance Ordinance,” which requires shuttered hotels to pay weekly severance—up to $500 a week for up to 30 weeks—to certain laid off employees.

Not only is this ordinance likely to drive hardworking entrepreneurs into bankruptcy, but it will have a chilling effect on new hotel projects throughout the city, discouraging new investments and business openings for years to come.

As American Hotel & Lodging Association President and CEO Chip Rogers put it, “We cannot find a more destructive policy anywhere else in the United States.”

AHLA strongly opposes the severance law, which highlights the unfortunate trend of labor-friendly lawmakers—typically in cities with near one-party rule—legally mandating policies unions are unable to achieve through normal labor-management negotiations. We’ve already seen similar efforts in other cities such as Santa Monica and West Hollywood, Calif., which both recently passed ordinances that mandated longtime union priorities that would drastically increase hotel labor costs.

The Hotel Association of NYC (HANYC) has filed a lawsuit to strike down New York City’s severance law, arguing that it violates the Employee Retirement Income Security Act of 1974 as well as New York State home rule. The suit asks the court to void the law and seeks an injunction to prevent enforcement.

AHLA strongly supports HANYC’s quest for judicial intervention, and we are working to enlist the support of other industries that could be impacted by this negative precedent. AHLA and its state and local partners will not stand idly by and allow destructive policies like the severance law to take root.

Attacking hotels and their employees at any time—let alone during the worst economic crisis our industry has ever faced—is senseless. And although New York City’s law was billed as a way to help workers, it will likely force many hotels to close, leading to thousands of workers permanently losing their jobs.

Like many others across the country, New York City hotels have been devastated by COVID-19, the resulting recession and sustained drop in travel. Before the pandemic, the city’s hotels employed more than 50,000 people. They also generated $3.2 billion in city tax revenue and added $22 billion to the economy.

Today, New York state hotel and tourism jobs are down 62 percent compared to 2019—the worst job losses of any industry in New York. According to the Bureau of Labor Statistics, New York continues to have the third-highest unemployment rate in the country, more than 1.5 times the national average.

Rather than attacking an industry so important to creating and supporting jobs, leaders in New York City—and every other community—should be working with the hospitality sector to reignite tourism, reopen hotel doors, and bring back workers.

Until that happens, AHLA will continue to fight harmful policies and laws whenever and wherever they arise.