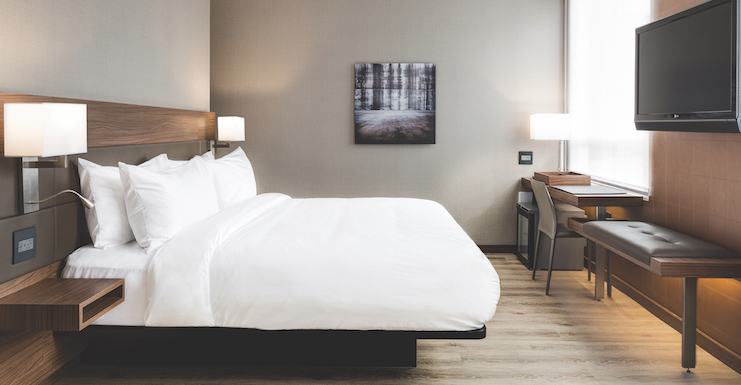 The property’s AC Lounge is a communal and bar space with a menu of small plates, local brews, and cocktails, including the signature ACGT Gin and Tonic. The AC Lounge is sided by AC Kitchen, which offers grab-and-go breakfast items and a dinner menu with salads, small plates, and larger entrees.

The lobby is complemented by the AC Library, serving as a business center with a printer, books, and more, alongside two media salons that can be used as breakout spaces or a co-working area. Three full meeting rooms—the Valencia, Madrid, and Avion—round out the total of five different meeting options in the hotel, which can accommodate groups of 10 to 45 guests.

AC Atlanta Airport Gateway has 222 guestrooms, including double queens and deluxe kings at a room rate of $139 per night. Each room has KORRES bath products and the trademark “Between the Woods” AC scent. Additional amenities include complimentary WiFi, a fitness center with a Peloton Bike and free weights, complimentary onsite parking, and shuttles to and from the airport terminals. 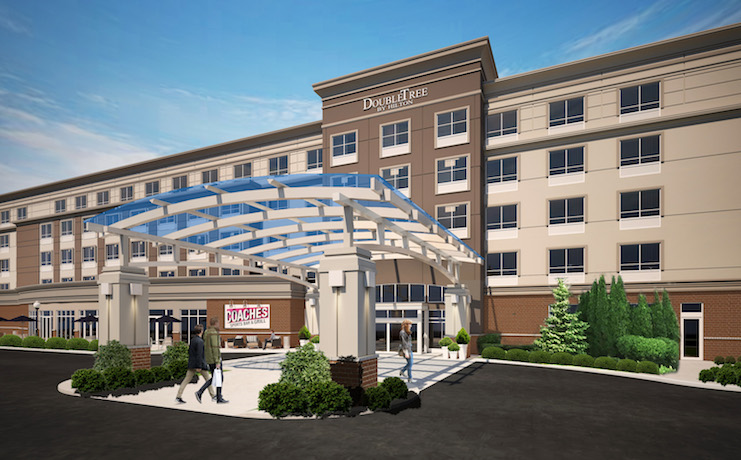 Following a multimillion-dollar, eight-month renovation, DoubleTree by Hilton Chicago Midway Airport opened on January 14 as Hilton’s closest full-service hotel to the nearby international airport. The 146-room hotel, located on the site of the former Cracker Jack factory, is part of the Midway Hotel Center-Weglarz Hotel Collection, owned by The Weglarz Company and managed by White Lodging.

Located in Bedford Park, the refreshed hotel has an interior design from Interior
Image Group. Created with both business and leisure travelers in mind, the open lobby has a linear gas fireplace, communal tables with power outlets, a shuffleboard table, and a modernized Coaches Sports Bar & Grill.

Beyond the lobby, the multi-stage renovation included all guestrooms and public areas, including the restaurant, meetings and events spaces (including a 2,100-square-foot ballroom), and the fitness center. The hotel also has a new patio with string lights, a fire pit, soft seating, and activities including foosball. Additionally, a complimentary shuttle service is available to and from Chicago Midway International Airport.

Keep up with the latest hotel openings.