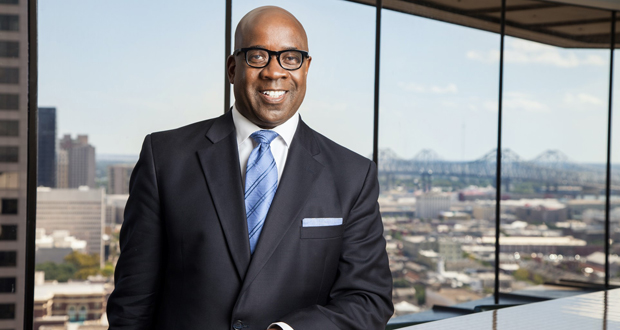 New Orleans, La.–Hyatt Hotels Corporation has awarded the Jay A. Pritzker Award for Leadership to Hyatt Regency New Orleans General Manager, Michael Smith. The award recognizes individuals who have consistently demonstrated their ability as leaders and innovators in the hospitality industry. Smith was recognized for his achievements in managing a top performing hotel, as well as representing Hyatt’s core values as a leader within the corporation and the New Orleans community.

“This is a very well deserved honor for Michael who during his time in New Orleans has proven himself to be not only an accomplished General Manager, but also a leader in the city’s business community and a major player in numerous philanthropic endeavors. Under his leadership and as a result of his vision and passion, Hyatt Regency New Orleans has become the city’s premiere hotel destination. Michael is truly a role model when it comes to living Hyatt’s purpose and values and I cannot think of a more deserving candidate to receive the Jay Pritzker Award,” says Dave Phillips, senior vice president of operation.

Smith began his career with Hyatt in 1978, joining Hyatt’s Corporate Management Training Program at Hyatt Regency Washington on Capitol Hill. Since then, Smith has worked at Hyatt properties throughout the country accumulating accolades for his willingness to step outside the norms of the hospitality industry to innovate and offer alternative approaches to the management of hotels, large and small.

“This acknowledgement is accepted with tremendous thanks to all Hyatt associates and colleagues I’ve worked with over the past 40 years—from Hyatt Winston Salem to Hyatt Regency New Orleans and every location in between. Thank you for your friendship and helping to mentor and support me in all aspects of my personal and professional development. In addition, I’d like to thank the numerous corporate leaders and hotel owners I’ve worked with for their unconditional support, and offering me a platform to do [good work] advancing Hyatt’s goals and my own of serving ‘a higher purpose’,” says Michael Smith.

In addition to four decades with Hyatt, Smith has also excelled as a business leader and revered philanthropist in New Orleans. As a graduate of Winston Salem State University, Smith continued his education by completing the Executive Development Program at Wharton School of Business. Most recently, Smith received an Honorary Doctorate from Dillard University.

Smith champions an array of causes including sustainability, diversity, and education. In the past five years, the city of New Orleans has honored him with two proclamations. Currently, Smith serves as the Chairman of New Orleans Convention & Visitors Bureau and has been appointed by Mayor Mitchell J. Landrieu to several boards including New Orleans Aviation Board, New Orleans Business Alliance, and the city’s Tricentennial celebration.