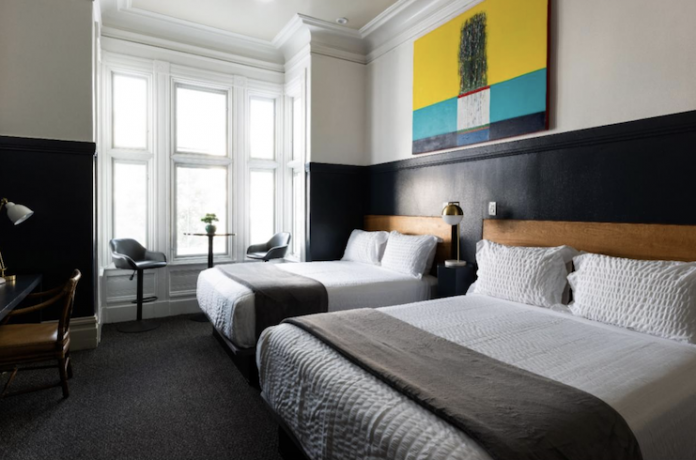 SAN FRANCISCO—Tech-enabled independent hotel operator Life House has announced the addition of the Metro Hotel in San Francisco, California, to its portfolio of local boutique hotels across the West Coast.

This property represents the second hotel Life House has added to its northern California portfolio this year following its transition earlier this year of Casa Secoya, a lifestyle hotel on the Russian River in Sonoma Wine Country, with multiple other projects in negotiation throughout the region.

Located in the Haight-Ashbury district of San Francisco, Metro Hotel is between several neighborhoods like Hayes Valley, Castro, and Golden Gate Park, and is near downtown. Ted and Ellen Soulis first purchased the hotel in 1985, which has built a strong reputation as a family-run hotel that embodies San Francisco by focusing on sustainability and kindness.

Owner Ted Soulis was also a painter trained at the San Francisco Art Institute. When walking the hallways of the property, guests have been treated to his variety of styles and media, which includes architectural studies of San Francisco neighborhoods. While Ted passed away in 2007, the property has been stewarded by his wife Ellen and daughter Shana Soulis during the time since, and Ted’s artistic influence on the property will continue to intrigue guests of the hotel for years to come.

“We are thrilled for the opportunity to operate the Metro Hotel, a local favorite in the Haight-Ashbury neighborhood”, said Eric Gunderson, vice president of West Coast acquisitions for Life House. “We look forward to taking the reigns on day-to-day operations while preserving the authentically local experience that guests have grown to love since the mid-1980s”.

Life House is actively expanding the presence of its management platform throughout urban and drive-to markets across California, with a target of 10 properties under management in the state prior to year-end.